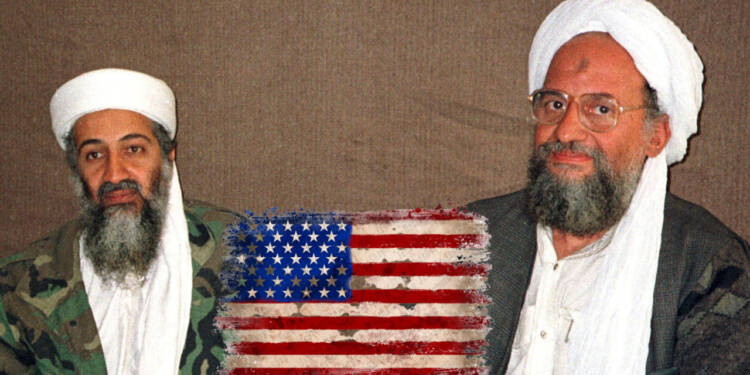 US President Joe Biden has announced that the United States has killed the leader of Al-Qaeda, Ayman al-Zawahiri, via. an airstrike in Kabul. With a bounty of $25 million, Zawahiri is being positioned as Osama Bin Laden’s deputy who masterminded the twin tower tragedy and continued conspiring against the U.S. for as long as he could.

The White House stresses that it is one of the biggest blows to the terrorist group since 2011 when its founder Osama bin Laden was killed in Pakistan. Joe Biden in his bumbling, chest-thumping statement expressed hope that the killing of the Al-Qaeda leader has brought “one more measure of closure” to the families of the ones who lost loved ones as a result of Zawahiri’s deviance.

Why on earth is Biden ecstatic upon assassinating Zawahiri; a 71-year-old senile and softer Bin Laden who chose to hide in a hole? Isn’t this akin to killing someone who has already waved the white flag? Doesn’t the Biden administration realize that Al Qaeda’s operational bureaucracy is quite robust and that killing one leader will simply put another person in his place and that the new leader might be deadlier than the previous one? Doesn’t Biden realize that Al Qaeda has created financially self-sufficient centers all around the world (Franchisees) and that terminating one member (even if it is the leader) won’t amount to much? Couldn’t the U.S. have done this earlier? Why now? And lastly, did the U.S. really collude with Pakistan and the Taliban to carry out this operation? Let us dive in.

If we know certain details about the Taliban we can safely assume that the U.S. knows a lot more. Sure they know about their “franchisee” model and the fact that one leader will easily be replaced by another but American analysts claim that Biden is happy despite knowing that this assassination doesn’t amount to muchbecause he feels this development will revive his dwindling ratings ahead of the U.S. congressional elections due in November this year. With the U.S. economy staring at a recession and an inevitable mutiny within the Democrats (party leaders want a new candidate for 2024 elections)  themselves, this seems to be Biden’s attempt at turning things around and hence the timing.

Several media reports claim that there is a general perception that the assassination of Zawahiri is one part of a quid-pro-quo between the U.S. on one hand and the Taliban and Pakistan on the other. The U.S. got Zawahiri after weeks of reconnaissance by their assets on the ground, based on coordinates leaked by the Taliban and Pakistan. The other part of the deal is obvious: economic resources. In return for leaking Zawahiri’s coordinates, the Taliban wants the U.S. to gradually start unfreezing its assets, and Pakistan, as usual, is begging for money and an IMF bailout. All this is not mere speculation. Zawahiri was reportedly brought to a safe house in Kabul by leaders of the Haqqani network, considered a virtual arm of the ISI.

History is repeating itself. Biden is doing what Clinton did in 1994: legitimize the Taliban. Doing so can have violent, bloody, and brutal consequences as Radical Islamists misinterpret Jihad to be an outward battle. Legitimizing the Taliban led to a substantial increase in terrorism and 9/11 as well. Someone in the Biden administration needs to wake up and provide sound advice to the POTUS.

This endorsement makes things more complicated at a time when the Russia-Ukraine war is raging. Is the US validating the Taliban to open a new front against Russia? That’s a question only time will answer. But as of now, these signs seem ominous.