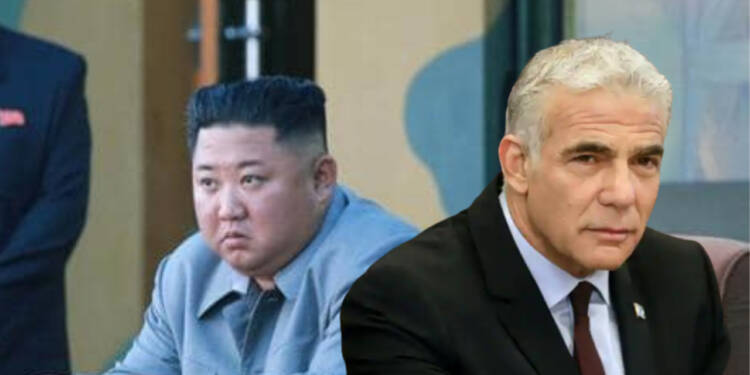 Pyongyang and Jerusalem have been rivals for many decades but one might wonder the reason behind their bitter relations. Multiple nations that are engaged in rivalry can easily trace the initiation of their feud as a consequence of troubled history. The history could be based on cultural distress between the nations or through the actions of their previous administrations.

Well, North Korea and Israel’s conflict stems out of a simple psychological trait. “ The enemy of my enemy is my friend”.

North Korean leaders have considered Israel as their natural enemy for many decades. Pyongyang considers Jerusalem as a stronghold of the United States in the Middle East. Truly speaking, Israel in reality is a promoter of American interests in the region and states like China, Russia and Iran are completely against the hegemony of Washington.

As a result, Pyongyang has been the frontrunner in resisting Israel’s influence in the region. Iran, a bitter enemy of Israel, has risen as an able partner of North Korea in the region. Iran opposes the existence of a Jewish state in its neighborhood and is against Israel’s pro American stand.

Both Iran and North Korea are heavily sanctioned nations, whose economies are now isolated from the influence of western powers. This very fact makes the two states very efficient in their pursuit.

Iran owing to its vast oil reserves is a cash-rich entity but lacks the technological prowess to act singularly against its highly advanced enemy. On the other hand, North Korea has extensive experience in developing weapons of mass destruction, but lacks the financial muscle to back its intentions. Therefore the two states are a perfect match for each other in order to push back Washington.

Pyongyang and Jerusalem have been involved in a silent war for decades. The conflict began in 1966, a year in which North Korea and the Palestine Liberation Organization had a tight working relationship. North Korea appeared to be the PLO’s ally on the surface and supplied it with considerable weaponry and military assistance.

North Korea dispatched pilots and non-combat people to Egypt during the 1973 Arab-Israeli War, also known as the Yom Kippur War. During the course of the war, the unit encountered the Israelis several times.

A North Korean foreign ministry spokeswoman sharply criticized Israeli activities during the Gaza War in 2008–2009, calling the purported slaughter of unarmed civilians a crime against humanity and a threat to the Middle East Peace Progress.

According to the latest developments, On March 4, 2021, North Korea reportedly mobilized the Lazarus hacking gang to attack Israel online. Israel says that the cyberattack was unsuccessful, but ClearSky, a global cybersecurity company, has revealed that the attack was successful and the hackers did indeed take a sizable amount of secret information.

North Korea has reportedly been supporting Syria and Iran with their nuclear capabilities. Iran has been able to fund its factions to ramp up anti-Israel activities. Iranian proxy Hezbollah has become a major force along the North Israel border, thereby becoming a grave threat to Jerusalem.

Amid all the media attention focused on the Ukraine conflict, there exists many armed developments around the world worthy of attention. North Korea and Israel’s conflict is a ticking time bomb. Multiple possible nuclear powers like Iran, Israel, and North Korea sharing a heightened conflict is very unsettling for the region and as an extension, to the world order.