Long cuddled by the US and NATO’s security guarantees, Canada is now waking up to the rude shock served to it by Russia. 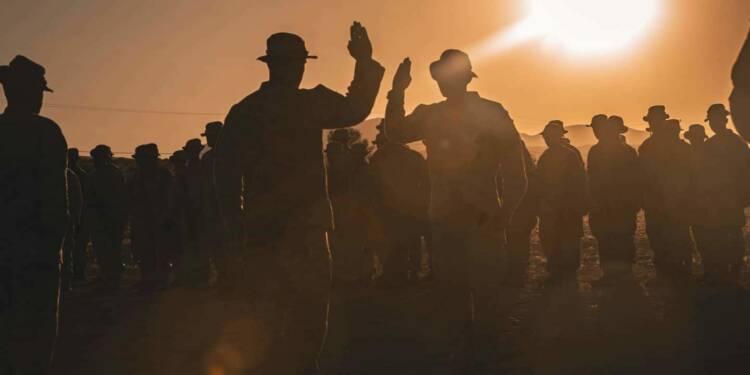 For years, Canada safely survived under the warm blanket of protection offered by its dominant neighbour, the US. Throughout the cold war, Ottawa exclusively forged deep ties with Washington, and the strategy was labelled as ‘middlepowermanship’. Middle power diplomacy has been pursued extensively by industrialized states that have historically been able to “punch above their weight” through the deployment of advanced diplomatic machinery in terms of knowledge, resources, and expertise.

Canada thus leveraged mostly on the military prowess of the United States, and it was more like a shield to cover the lack of military power that Canada never bothered to overcome. But interestingly, this policy from Canada proved to be highly successful. It didn’t have to spend billions on raising a strong army even as it got desirable security guarantees. But current geopolitical realities indicate that Canada might have lost this luxury now, and Ottawa can no longer remain oblivious to its security predicaments.

When it comes to world politics, Canada has always relied on the prism used by the US. Back in the time, it helped a middle power like Canada enhance its position in the global arena as the cooperation between Washington and Ottawa went on like never-ending innings.

In August 1938, American president Franklin D. Roosevelt went to Canada when he received an honorary degree from Queen’s University and delivered a convocation address, in which he famously pledged that America would defend Canada if it was attacked. He declared, “the Dominion of Canada is part of the sisterhood of the British Empire.” He added, “I give to you assurance that the people of the United States will not stand idly by if domination of Canadian soil is threatened by any other empire.”

In those times of geopolitical upheaval, the assurance from Roosevelt provided a sea of comfort to Canada. This also marked Canada’s slow shift from its British colonial subservience to an open embracing of American diplomacy.

Roosevelt’s successor, Harry Truman visited Ottawa in 1947 and was surprised at the rousing reception that was perfected for him by the parliamentarians who banged their desks in approval of Truman’s praising of Canadian unity. Such was the vulnerability espoused by Canada during those times that every successive American president applied buttery tactics to easily permeate into the governance of the North American country.

Then came the baton to the youngest ever president-elect of US, John f Kennedy, to do the cordial talk to make sure the northern neighbour always conforms to America’s policies. Kennedy described the US-Canadian relationship beautifully: “Geography has made us neighbours. History has made us friends. Economics has made us partners. And necessity has made us allies.” Today, those words are among quotations from American presidents graven in stone at the new US embassy chancery on Sussex Drive in Ottawa. Privately, the alliance was less solid, with Kennedy lobbying a hesitant John Diefenbaker to deploy US missiles and nuclear warheads in country.

But things appeared to be a lot murkier when Richard Nixon got into the oval office. When it turned out that Nixon had called Pierre Trudeau an “asshole” on one of the tapes revealed as part of the Watergate scandal, which destroyed his presidency, the Canadian prime minister was unfazed. The prime minister responded, “I’ve been called worse things by better people.”

Coming from the bygone times to the Stephen Harper era, nothing changed. That was an era of good vibes all over between Barack Obama and Harper. It was during this time that America roped Canada into its infamous fight in Libya. This was all a façade to show that Canada was a reliant partner of the US, but in reality, the fact glared that Canada is military less.

Where does Canada stand in the new world order?

But now, a unipolar world with USA in the lead role has become a thing of the past. The war in eastern Europe heralds the emergence of new world order. Nations like China, India and Russia find their names on the list of the new powers that will command with authority. The recent stumbling of US-led NATO in Ukraine and the Russian intrusion into the Arctic without minding the US- Canada military grouping of NORAD set the picture clear about the upcoming tectonic changes in security environment for Canada.

So, where does Canada find its place in the new geopolitical order? Under US’ auspices, it may never find one! Ottawa must realize it’s time for a change. The timing is acute for Canada to look for partners that could help reenergize the bedridden military forces. The world is moving at a swift pace and nobody is waiting for Canada. If Ottawa still sticks to its old love for Washington, the consequences will be dire.

Collection of 20 Upset and sad quotes and sayings