Gang wars are taking over the great white north. These criminal gangs are nestled safely in the haven of British Columbia. And, it brings no shock to learn that most of the criminals have Khalistani roots. 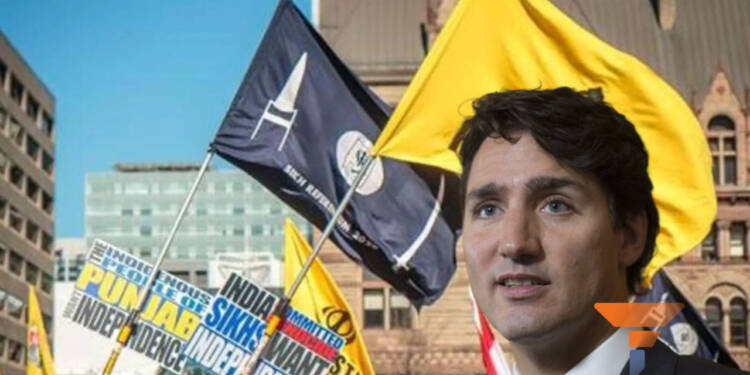 Sikh families from India got part of the Canadian culture during the early 1900s. They crossed the Atlantic in search of a paradise and got that in the serene land of Canada. Over time, the Sikh diaspora in Canada transformed from a minority to ‘the biggest’ minority community.

They reshaped the demography of certain provinces and made indelible marks in Canadian politics. Most of the Sikhs residing in Canada are proud Canadian citizens, live a dignified life, pay taxes and are in favour of promoting Canadian democratic values. However, many of them are not, and now such anti-social elements are causing a nuisance to the local white population.

Khalistan thrives in BC

Khalistani gangs have started to become part of the Canadian landscape now. Radical elements are thriving both demographically and politically in Canada. For example, see this: The anti-gang agency in BC has issued a warning about 11 men linked to extreme levels of gang violence. The police have warned the public to avoid being near them. Not to anyone’s surprise, all 11 criminals have Khalistani origin.

“It is highly likely that a rival gangster will target them with violence,” said Combined Forces Special Enforcement Unit Asst Cmdr Manny Mann, saying the men listed are a risk to their friends and family.

Read more: How successive governments in US turned Canada into a defenseless country with no policies

It elicits no surprise that there happens a big representation in such criminal activities from just one side—Khalistanis. NDP, headed by Jagmeet Singh, has always harboured feelings for such fringe elements and Prime minister Trudeau is obliging like a 3-year-old kid, out of the obvious political compulsions.

Now, it seems like Trudeau has given necessary directions to his puppets in media to save his masters from another debacle. For instance, Trudeau’s personal mouthpiece CBC news did its best to nullify the concerns raised by BC police.

To discuss the issue, CBC brought a Khalistani of all people. The panellist made no bones about showing her true allegiance and even questioned the list put to notice by the BC police.

The sublime narrative from CBC reached a pinnacle when the anchor Anita Bathe interrupted with a question that could have put even an Antifa protester in the US to shame. The anchor without conjuring any expression asked whether it is fair on the part of police to put images of young men of colour into public, which she implies may give rise to white supremacy.

The discussion then saw the anchor and the panellist discussing ways how to educate these fringe elements. The panellist then goes to the extent of asking the government to introduce peace programs to stop all these crimes. Interestingly, in the whole 4 mins of this well-orchestrated debate, no one dared to discuss the elephant in the room—The Khalistanis and their nauseating behaviour with the public.

Being a crucial voter base for Trudeau, upsetting radical Khalistanis is simply not an option for the liberal establishment. Jagmeet has started the game by arming CBC to the teeth as it whitewashes the evil deeds of Khalistani terrorists. Trudeau and Jagmeet Singh are silent players in this episode and, it would hardly be surprising if the BC police, under political pressure, are forced to withdraw the pictures of those criminals involved.