Efforts are being made to pile political pressure on Zelensky and eventually kick him out of the Presidential office. 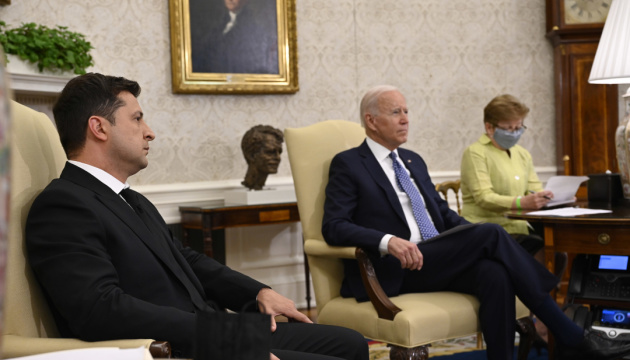 A recent article in the New York Times by Thomas Friedman on Pelosi’s visit to Taiwan has triggered a political sandstorm in America; not because of Pelosi or Taiwan but because of Zelensky and Biden.

Friedman claims that American officials are much more worried about Ukraine’s leadership in private than they are admitting in public. He says, “There is deep mistrust between the White House and President Volodymyr Zelensky of Ukraine — considerably more than what has been reported.”

Lack of accountability and transparency

Friedman highlights the issue of accountability and transparency in Ukraine. Reportedly, Zelensky’s firing of his aides, especially the leader of Ukraine’s domestic intelligence agency as well as the country’s prosecutor general hasn’t gone down well with the Biden administration. The “most significant shake-up” in Ukraine’s cabinet since the Russian invasion in February has come under scrutiny in Washington.

Zelensky, since then, has fired a lot of his close aides and Ukrainian officials for one reason or the other. The phrase “A bad workman blames his tools” rightly applies to Zelensky.

The NYT columnist’s remarks carry weight because he is one of the media figures who are closest to Biden.

Friedman also highlights the corruption issue in Ukraine. US on Saturday approved another $1 billion weapons package to Ukraine. US has been continuously sending aid and weapons to Ukraine and financing its war against Russia. However, there are reports that US weapons are being sold by Kyiv on the dark web.

Zelensky keeps lamenting that Ukraine needs $7-8 billion every month to fight Russia. Friedman says that US doesn’t want to look under “the hood in Kyiv for fear of what corruption or antics it might see, when it has invested so much there.”

The fact of the matter is that NATO has lost its war in Ukraine against Russia, and that’s a huge embarrassment for Biden himself. So, now the US establishment needs a sacrificial lamb to pin the blame upon! So, efforts are being made to pile political pressure on Zelensky and eventually kick him out of the Presidential office. The recent Amnesty report documenting Zelensky’s war crimes in the Ukraine war only reaffirms this claim.

Frankly speaking, Zelensky has become a liability for the West now. His shenanigans have caused troubles of epic proportions for EU and the US. For instance, the turbine episode between Germany and Ukraine has led Russia to decrease the gas flow via Nord Stream 1 Pipeline to just 20% of the full capacity, which has pushed Europe into a deeper crisis.

If Zelensky is sacked today, it will provide Biden with a major political relief at home. The issue of recklessly supporting Ukraine has backfired spectacularly for Biden.

It appears that Biden has had enough of Zelensky’s shenanigans. Now, the West is in the process of abandoning Ukraine, and this means that Russia is just an announcement away from victory in the war.