The decision taken by Canadian leaders many years ago is still affecting Canadian foreign policy. All elected Canadian administrations become de-facto allies of the United States 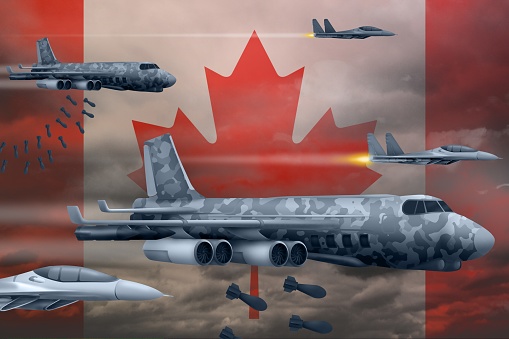 Canada has for long been a faithful ally of its mighty neighbor in the South. All Canadian governments after the second world war have supported the United States in all matters of geopolitics.

Both the states are closely intertwined, economically and socially. Moreover, according to the Ogdensburg Agreement, Washington is responsible for the defense of Canadian lands in case of foreign threats.

To understand all this we must go back in time…

The USA brought out the Annexation Bill of 1866 on July 2, 1866, which called for the annexation of British North America and the admission of its provinces as states and territories in the Union.

The bill was introduced by Congressman Nathaniel Prentice Banks, a representative from Massachusetts who wanted to appease Irish Americans who supported the Fenian Movement and were aggressively hostile to Britain. As a result, the Congressman wanted to target the British colony northwards.

The British Parliament however passed the British North America Act in 1867 and united the three separate territories of Canada, Nova Scotia, and New Brunswick into a single dominion called Canada. It is widely believed that the act was passed in response to the threat of annexation by the United States.

As a result, the Annexation bill was sent to the committee but never came back. It was never voted upon and did not become a law.

Canada maintained close ties with Britain in the aftermath of the British North America Act and considered it to be a viable defense partner.

Fast forward six decades, the global dynamics were fastly changing after the first world war. The United States’ economy and defense capabilities became strong enough to match those of the UK.

Washington was looking to have exclusive control of the North American continent. In order to achieve hegemony in its neighborhood, the United States wanted to free Canada from UK’s influence.

Washington developed a comprehensive plan to invade Canada in late 1920s, titled “Joint Army and Navy Basic War Plan — Red.” The plan was approved by the US War Department in 1930, during Herbert Hoover’s presidency.

The plans were updated in 1934 and 1935 during the presidency of Franklin D. Roosevelt. The US War Department secured a $57 million Congressional allocation in February 1935 to construct three border air bases in preparation for surprise preemptive attacks on Canadian airfields.

With 36,000 troops assembling along the Canadian border south of Ottawa and an additional 15,000 held in reserve in Pennsylvania, the US conducted its largest military exercises in peacetime in August 1935.

‘War Plan Red’ was modified in 1934 to allow the first-ever use of poison gas against Canadians. The extent of the possible assault can be analyzed by the fact that ruthless General Douglas MacArthur, who commanded US forces in the Pacific during World War II, was given a major role in the preparation of the war against Canada.

One wonders how the Canadians were planning to resist the aggression.

According to reports, In the event of a possible US invasion, Canada’s response to US threats was formulated under “Defense Scheme No. 1,” a counterattack contingency plan.

However the plan was abandoned in 1931 by Canada’s chief of the general staff, A.G.L. McNaughton, on the grounds that “the Americans would inevitably win such a war” and there was no point in acting on a contingency plan. Canada literally caved in and accepted the hegemony of the US over North America.