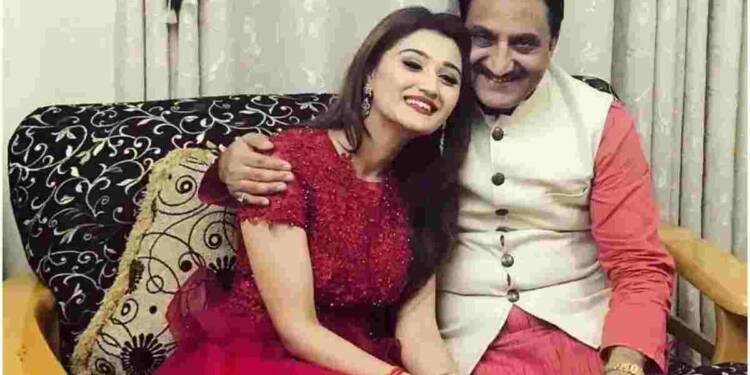 International Kathak Performer, Social Activist, Film Producer, and Environmentalist Arushi Nishank. She is the oldest child of Dr. Ramesh Pokhriyal Nishank, the former chief minister of Uttarakhand and minister of education. In this article we are going to talk about the biography, career, notable works, achievements and family of Arushi Nishank so read the article till the end.

Arushi Nishank is a famous Kathak dancer and social activist, this biography article is incomplete without talking about her career and shows. So here you will gain info about her life and career.

In 2018 and 2019, she presided over the international programs for women’s empowerment in Dubai and New Delhi, respectively. Arushi was named one of the top 20 women in the world in 2020. At a congressional ceremony in Chicago, she received recognition. At the Himalayan Ayurvedic Medical College and Hospital in Dehradun, Arushi is currently the chairman.

Indian classical dancer Arushi Nishank has had formal training in the art. She was a pupil of Pandit Birju Maharaj, a well-known Kathak dancer. She created the choreography for the dance production Ganga Avataran, which narrates the tale of Goddess Ganga’s invasion of Earth.

In 2018, Arushi made her debut as a producer of the local film Major Nirala. The movie is based on a book that her father, Ramesh Pokhriyal, wrote. In 2021, she made her acting debut in the film Tarini. The journey of six Indian naval officers who traveled around the globe in 254 days is the main subject of the movie.

Arushi is a well-known dancer of Indian classical Kathak. She has given numerous performances in cities around the world, including Dubai, Canada, Germany, and London. As a performer in Dubai, she wrote and choreographed the song Ganga Avataran, which tells the story of the goddess Ganga’s arrival on Earth.

Together with his father, Arushi has a long history of dedication to environmental protection. The initiative was started by Ramesh Pokhriyal and Arushi Nishank to raise awareness of the Ganga river’s increasing pollution problem and to inspire people to save and clean up the Ganga. Five different nations saw advertisements for the campaign.

In Kotdwar, Uttarakhand, Arushi Nishank was born on September 17, 1986. Her mother’s name is Kusum Kanta Pokhriyal, and her father is Dr. Ramesh Pokhriyal Nishank, a minister in India’s Union Cabinet.

Shreyashi Nishank and Vidushi Nishank are her two younger sisters. Vidushi, who has an LLB from Amity University, is an aspiring lawyer, and Shreyashi is a doctor in the army.

She started appearing as a guest speaker at TEDx Mount Abu School in 2021.

She was recognized for her efforts in environmental safety with the Champions of Change award in 2019.

In 2015, Arushi Nishank and Abhinav Pant got married. He runs his own business.

She is quite active and popular on the social media site Instagram with over lakh followers. Her account can be reached at arushi.nishank where she shares her work-related updates as well as personal life.

Arushi Nishank received an invitation to talk at TEDx Mount Abu School in February 2021. She discussed the value of the environment as well as the Sparsh Ganga initiative.

She received two accolades in 2019 for her movie Major Nirala at the Global Taj International Film Festival.

Dogs are Arushi’s favorite animals, and Tazz is her beloved dog.

The co-founder and chairwoman of the Sparsh Ganga Campaign is Arushi.

We hope this biography article of Arushi Nishank will be helpful for you to understand her journey and works.