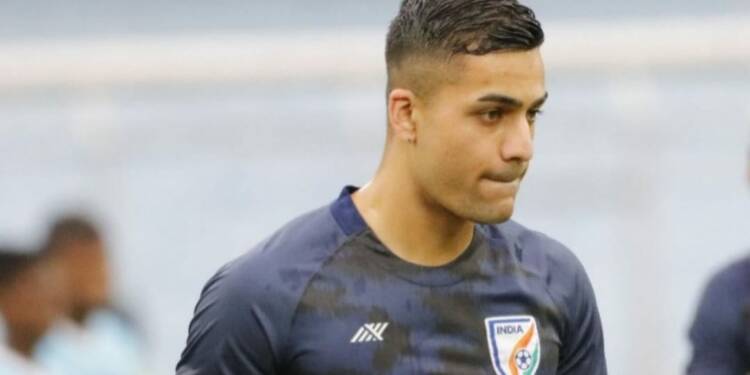 Ishan Pandita was born on May 26, 1998. He is an Indian professional footballer who plays as a forward for Jamshedpur FC in the Indian Super League and the India national team. In this article we are going to talk about the biography, career, notable works, games and family of Ishan Pandita so read the article till the end.

Ishan Pandita was dubbed the “Super Sub” because of his ability to score game-winning goals late in the game. After the 75th minute, he scored more than 95% of his goals.

Ishan Pandita is a football player and he played so many games for state and clubs this biography article is incomplete without talking about his career. So here you will gain info about his achievements and life story.

In early 2019, Ishan signed his first senior contract with the farm club of Gimnàstic, Pobla Mafumet. He only played one match for the club during his debut season before leaving.

Ishan Pandita signed a one-year contract with Tercera Division Club Lorca in August 2019. He appeared in 26 games and scored six goals, making him the club’s leading scorer in the 2019-20 season.

In early 2019, Ishan signed his first senior contract with the farm club of Gimnàstic, Pobla Mafumet. He only played one match for the club during his debut season before leaving.

He signed a one-year contract with Tercera Division Club Lorca in August 2019. He appeared in 26 games and scored six goals.

Pandita arrived in Spain as a 16-year-old and joined Alcobendas Juvenil.

In 2015, he joined La Liga club Almera’s Under-18 team, but he did not sign a professional contract because he was under the age of 18.  In 2016, he joined Leganés’ U-19 team.  He was the first Indian footballer to play for a Spanish top division club’s Juvenil side.

After a loan spell at Leganes, he signed a short-term contract with Gimnàstic’s U-23 team on January 5, 2019.

Initially, he and his family desired to remain in Spain, but due to the COVID-19 situation, it was difficult for him to find a club.

Rumors of Pandita’s return to India circulated in early 2020, with Goa being mentioned as a possible destination.  In October 2020, the club announced that Pandita had been added to their roster.

Ishan Pandita made his FC Goa debut as a substitute in the 89th minute against NorthEast United on November 30, 2020.

On December 30, 2020, he scored his first goal for FC Goa against Hyderabad. He came on as a substitute in the 86th minute and scored with his first touch in the 87th minute to tie the game for FC Goa.

Pandita’s performance in his first season in the ISL was noticed, and he was subsequently called up to the India national team in March 2021, ahead of India’s friendlies against Oman and the UAE.

On March 25, he made his debut in a 1-1 tie against Oman. Ishan scored for India in the I-League All-Stars practice game on May 18, 2022. On 14 June, he scored his first international goal in a 4-0 win over Hong Kong in the AFC Asian Cup qualification for 2023.

Ishan Pandita was signed by Jamshedpur on a two-year contract for a reported fee of Rupees 6 million on September 2, 2021, ahead of the 2021-22 Indian Super League season.

We hope this biography article of Ishan Pandita will be helpful for you to understand his journey and works.