Russian tourists offer a lucrative market for European countries, and considering the terrible times, Berlin would keep aside all the political rifts and will do everything needed to welcome Russians to the same country that sanctioned them. 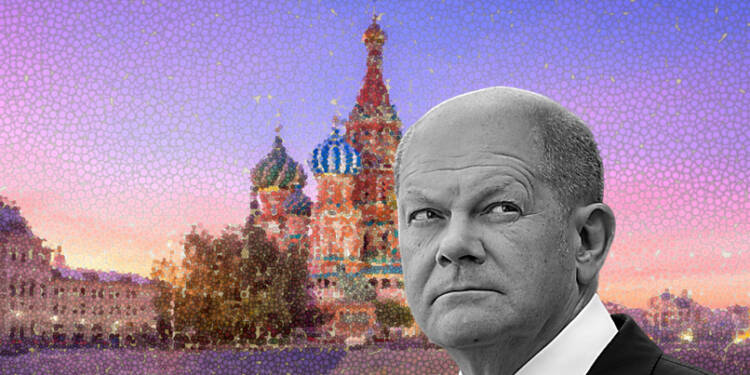 At a news conference in Berlin, German Chancellor Olaf Scholz declared, “This war is Putin’s war,” adding that EU sanctions should be directed at President Vladimir Putin and those responsible for the war in Ukraine.

Scholz continued, “If we now extend these measures to all, including those completely innocent people, then it would reduce the effectiveness of sanctions.”

However, this is nothing but a complete U-turn by European Union’s largest member state. Berlin which holds the maximum power in the bloc had earlier pressured countries like Finland to ban Russian tourists due to the special military operation that Russia conducted in neighbouring Ukraine.

The share of Russian tourists contribution to Finnish tourism is as much as 19%. Albeit being in the opposing political turfs due to the NATO talks, the Nordic countries were mindful enough to not fall into the German bait that could have devastated Finland’s economy.

Finnish opposition leader, Kai Mykkänen had told Euro news that “Internally the Parliament has been chatting about its pros and cons, the main challenge is that closing the opportunity for Russians to come here might create anger towards us, whereas our aim is to create anger towards Putin’s regime and the war.”

The Finnish politicians are not entirely wrong when they think closing the Russian border might create anger within the Finnish people because, Russian tourists play a crucial role in running the Finnish tourism sector, and thus the economy.

Finland, which shares a border with western Russia noticed an increase in Russian tourists visiting the nation frequently on visas from other EU nations and then utilising its airports to fly elsewhere in the union via the Schengen free travel area.

Schengen Area signifies a zone where 26 European countries, abolished their internal borders, for the free and unrestricted movement of people,

The Finnish government had a clear indication that Moscow “will react very negatively” if Helsinki follows Germany’s lead and suspends visa services for Russians.

Also Read: European nations start to violate their own sanctions on Russia

Dmitry Peskov, the press secretary for President Vladimir Putin, told reporters on Tuesday that many nations in Europe are so hostile to Russia that it is driving them insane.

“They are stooping to sentiments that we heard literally 80 years ago from certain countries in the heart of Europe,” Peskov said, according to Interfax. “I think common sense will eventually prevail and the people who made these statements will come to their senses,” he added.

But the EU also houses some pragmatic minds who gave their thoughts on this issue at their logical best.

“You don’t want to completely ban all Russians from travelling to the EU. How are we going to engage at all?” said an EU official. “Russians not in favour of the war need to be able to travel too.”

EU is expected to lose over 3 million Russian tourists this year. Countries like Germany, Greece, and Cyprus remain most affected. Rating agency DBRS Morningstar revealed that Cyprus’ GDP is expected to lose from 1.5 to two percent of its worth due to sanctions imposed on Russians. Similar losses would have been faced by Germany.

But Berlin had a premonition of things. Russia has already gifted a long winter to the Germans and there is no other option left for the big power in Europe other than bowing before the Russians.

So Germany is now doing a volte-face and is about to open the doors for Tourists from the same Russia they ideologically oppose.