Big media is breathing its last in Canada 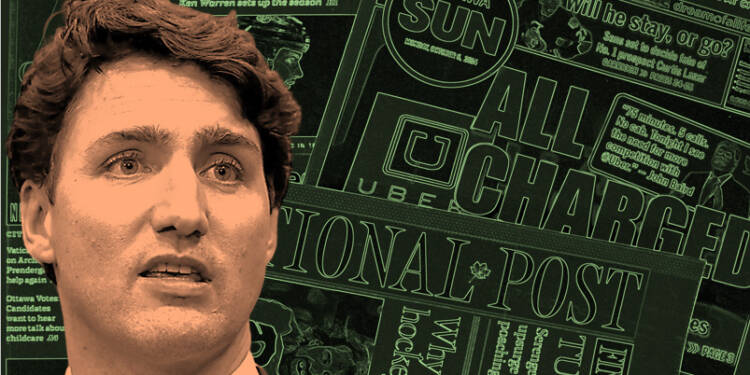 Last week, the chiefs of police in Toronto and Ottawa, the federal Public Safety Minister, the heritage minister, the justice minister, the minister for women and gender equality, the commissioner of the RCMP and Ontario’s attorney general received a copy of a letter penned by the big guns of Canadian elite media.

The letter screamed, ‘Oh save us! Our lives are in danger, we are being harassed, we are being subjected to online hate and extremism. We are being abused. Do something to save us.’

The minority card and the race card and the victim card and the gender card, all were thrown in! The letter read, “We WOMEN are on a hit list”, “I’m a Muslim”, “I’m black”, “I’m from Asian background,” and all bull-crap of that sort!

Ask questions, get labelled as extremist

As illogical, cynical and ludicrous as it may sound, the call for help didn’t fall on deaf ears. Already, the government of Canada is working on legislation that will heal all of their wounds. The bill is called Bill C-11.

Also known as the Online Streaming Act, Bill C-11, is an attempt to modernize the 1991 Broadcasting Act. It aims to regulate how streaming platforms must treat all the audio-visual content posted online.

Read More: All conservative voices in Canada to be banned soon!

The act would give the Trudeau government the power to determine what will appear on “the homepage” and the “Watch next’ section on YouTube; what shows should Netflix recommend you. Furthermore, some content that is favourable to the government will be promoted more than others using a regulator. This will hurt the revenue of other content creators. And that will greatly help the Canadian mainstream liberal media re-establish its monopoly over the news market.

The rise of alternative platforms

Trudeau and elite liberal journalists have understood the cohesive power that online media possess. There is a large inflow of people towards the conservative camp and every move of Trudeau is questioned freely in cyberspace. People despise mainstream Canadian media, and now prefer alternative sources. Such is the crisis that people in Canada are now relying even on state-controlled Russian news outlets to get a sense of news.

Thanks to the rise of conservative voices, the hypocritic and illegitimate regime of Justin Trudeau is fast crashing down. According to a recent survey by Abacus Data, Justin Trudeau’s popularity is on the decline. 51% of those polled have a negative impression of the prime minister. Interestingly, among 18- to 29-year-olds, voting intentions appear to be strengthening Canada’s Conservative Party. That explains the sense of urgency being observed in Ottawa regarding bill C-11.

The letter by the top media fraternity to the ministers and the Trudeau administration reaffirms their support for the draconian law. The self-proclaimed champions of the freedom of expression and media rights are shamelessly resorting to authoritative measures to avoid or at least defer their demise. But rest assured, their demise is imminent, and even the mainstream Canadian media realize it.