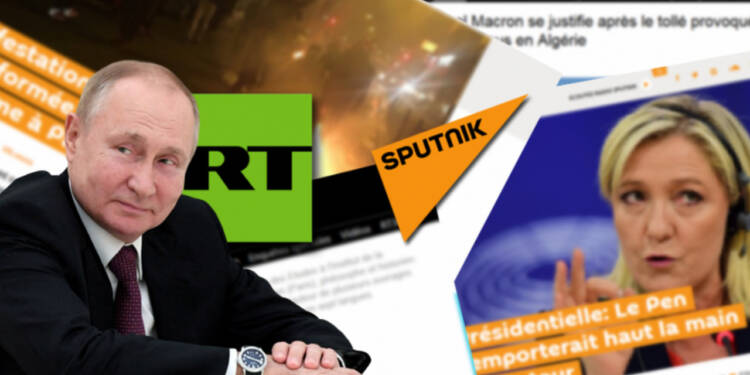 Have you ever imagined before the Russia-Ukraine war that the “politically educated” western audience would trust the Russian media outlets more than the big media conglomerates of the likes of the New York Times and CNN?

The viewership of the media outlets that the world tags as Russian propaganda is 60MM per month in the US and you know what, it is on par with the Wall Street Journal, the pride of the left liberals.

The blunt propaganda of the West

At the time when the Russia-Ukraine conflict started, the American and the European viewers were served content like Ukraine was always on the winning side and Russians came to Ukraine only to kill themselves!

From the likes of the “Ghost of Kyiv” thrashing tens of Russian aircraft to the dangerous Sniper Wali killing Russians like never before, the Western viewers were made to accept that the sole superpower that exists on the earth is the United States of America and Zelensky is the greatest leader the world has ever seen until now.

Read More: One of the deadliest snipers of the world exposes Ukraine’s ‘We are winning’ façade

RT and Sputnik ruling the West

But as the war continued and the myths started to burst, their consumers finally began to realize that all that was served to them was anything but true.

Now let us look at some data to understand the situation better:

Do these facts tell you something?

Yes, the credibility of the big houses from the country which calls itself the “flag-bearer of democracy” is running southwards and the average American or European viewer is fed up with the narrative that has been pushed on them.

The Western nations made every effort to attack Russian media sources like RT and Sputnik, reducing the traffic and shutting down social media channels. But, all their efforts fell flat and they failed miserably in forcing their narrative on western society. RT and Sputnik rule the lives of American citizens and the Western media houses just can’t help it.