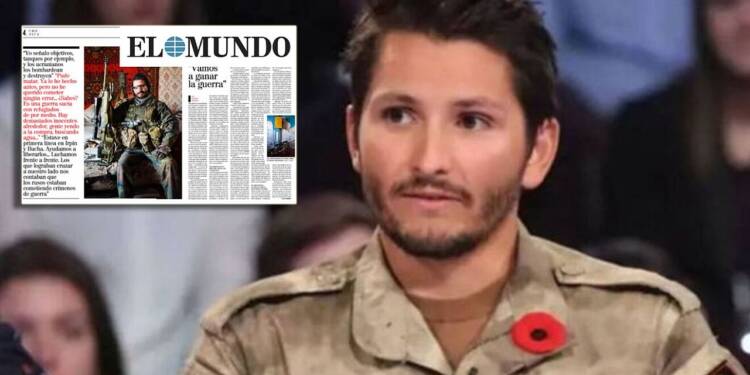 In March 2022, Ukrainian president Volodymyr Zelensky pleaded before the world to encourage people above eighteen years of age to voluntarily join in Ukraine’s fight against Russia. His clarion call for assistance mostly aimed at those who had a previous military background that would lend a boost to the ailing Ukrainian army.

The call for help comes mostly after Russian tanks hopped over the demarcation line into the Ukrainian territory that made Kyiv teeter on the edge. The touted “Ukrainian resistance” from the media houses in the west did nothing to alleviate the drubbing Kyiv received at the hands of Russia. Nevertheless, Ukraine had its share of hope as the response to Kyiv’s rallying cry for assistance started getting traction around the world.

Ukrainian foreign ministry claimed that more than 1000 volunteer fighters from 16 different countries and 200 British army personnel looks set to board the flight to Kyiv. “There are those who don’t have military experience and the embassy advises them not to go, but they still say they want to go. They say that they can be of medical use, they can be drivers,” he added. The ministry added

Slavko, the 55-year-old from Toronto, planned about retiring from work but only ended up joining in his fight for Ukraine against Russia. Like Slavko, many from Canada flooded towards Ukraine to give a hand of support to the beleaguered nation. Among the many names from Canada included one Sniper Wali. An Iraq war veteran from Canada, he earned the sobriquet Sniper Wali for being dexterous with the eponymous armament in the war zone. Dubbed as the deadliest sniper alive in the world, on a good day, wali can deliver around 40 kills with ease.

Before leaving the safe haven of Canada a raring Wali gave a short interview to CBC news.

“A week ago, I was still programming stuff. Now I’m grabbing anti-tank missiles in a warehouse to kill people…That’s my reality right now.” Said Wali.

Wali embarked on Ukraine with showering praises from all quarters of the world. Media houses with certain bent cajoled Wali in excess about the inimitable trait that he possesses in the Warfield. Ukraine looked enthused, and so did the world.

Months flew by like one turn of a carousel. The war remained intact and Wali was back home in Quebec, half alive.

Canadian sniper Wali is back in his homeland after spending 2 months in Ukraine and Donbass.

The deadliest sniper is said to have escaped the war zone via Poland. In wali’s words “I’m lucky to still be alive, it really came close,” he said while being in his home in Canada.

Wali hinted at Ukraine’s shortfall when it came to be inimical in the war zone with an incident that he described nearly took his life. The Ukrainian unit in Donbas that he was serving took up a position near a trench that got exposed to fire from Russian tanks when two Ukrainian soldiers decided to come out of their blankets to smoke a cigarette.

“I told them not to expose themselves like that, but they weren’t listening to me,” Wali told La Presse. Within seconds, a “highly accurate” shellfire from a Russian tank erupted next to them. It smelled of death, it’s hard to describe; it’s a macabre smell of charred flesh, sulfur, and chemicals. It’s so inhuman, that smell,” wali added

The sniper ‘nightmare’ said that he pushed his luck with Ukraine and wanted to help the nation but also gave a tacit admission that he was not into rolling dice in the Russian war anymore. “Many arrive in Ukraine with their chests bulging, but they leave with their tails between their legs,” Wali told the news outlet.

The words from the war veteran from Canada sheds light into the hoax that the media perpetuates with impunity. The special narrative orchestrated by big media houses and the west to remold Zelensky’s avatar from a comedian to a macho man has deceived the world by large. Reality is different and Russian forces are bruising throughout Ukraine.  It would be for the best if the ruling elite in Kyiv admit to it, or else, what is in store for Zelensky would be far worse than what sniper wali encountered.