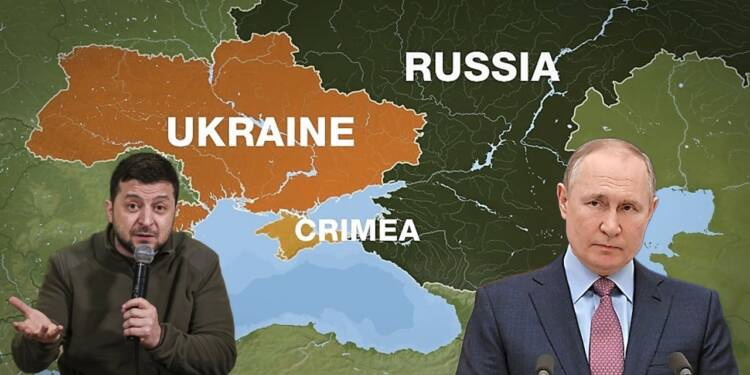 We don’t know who will win the Russia-Ukraine war. Whether Ukraine will be able to resist and survive, or will Russia be able to accomplish its mission, we don’t know this too. However, we know one thing that truth is the biggest casualty of the ongoing war. We are not bothered if we don’t get to know the truth. However, even Ukrainians don’t know what will happen to their country, because simply no one is telling exactly what will happen.

To be honest, there are very limited sources of information on what is happening in Ukraine. No one reads right-wing media like Fox News to understand what is going on in Ukraine, because no one believes the line that they have to push.

What people read is WaPo, NYT, CNN, and WSJ to understand what is going on in Ukraine and you do get to read some tense stuff like Russia encircling Kyiv or carpet bombing Kharkiv for around a fortnight now. There are no particular details on how far Russian forces have gone into Ukrainian cities and how much time Ukrainians have on their hands to fend for themselves.

Read more: US and Ukraine have no answers to Russia’s 3B strategy in Ukraine

What you get to watch and read in Western media is a narrative. The narrative is two-fold:

The problem with the Western media narrative is that it is self-contradictory. The two lines being pushed by them simply don’t add up if Russia is cutting through Ukraine’s defenses, then the idea of Ukraine inflicting heavy losses doesn’t make sense. And if the reports of Ukraine’s heroic defense is true, then the story of Russian excesses doesn’t fit in.

However, the Western media is driven by some highly motivated elements who want to project Ukraine as a victim and also play to the galleries at the same time by publishing reports of Ukraine’s heroic defense.

In fact, an entire disinformation campaign is going on that is conveniently hiding the truth. The Ukraine sub on Reddit is full of reports of heavy losses on the Russian side and these reports are being propagated by two sources- liberal Americans and liberal Europeans. Any attempt to even talk about the Russian advances is being actively censored.

Zelenskyy is a part of the conspiracy

In fact, Ukrainian President Volodymyr Zelenskyy is also a part of the conspiracy. He is the one who is spearheading the disinformation campaign on the Russia-Ukraine war because he understands that his political survival will need a hero’s image. So he is carefully crafting the image of the President who is fighting back against the Russians.

Meanwhile, the Western world has conveniently muted Russia. We don’t know if Donbas has been taken over by Russia and if Russia is about to take control of more of Ukrainian territory. After all, Russia Today and other State-owned or private Russian media houses are getting censored left, right and center.

This is beneficial for the motivated commentators who want the issue to keep simmering. But for Ukrainians, the uncertainty is simply unjustified and inequitable