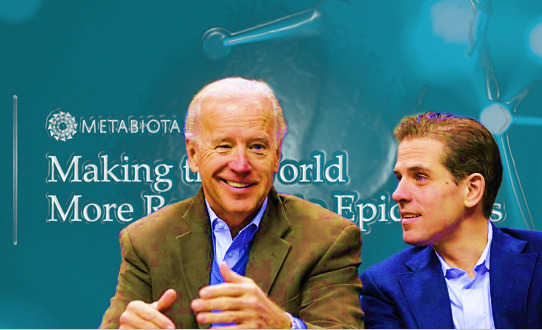 Since Joe Biden took office last year, we have been consistently reporting on how he is trying to create a cold war-like situation with Russia for maintaining its sway over the European continent. While geopolitically all these things make sense, the intensity of his efforts made way for thoughts that there is more to it than meets the eye when it comes to reasons for Biden’s support to Ukraine.

While Joe Biden assisted in Ukraine, he kept promising the President of Ukraine, Volodymyr Zelenskyy about total support in case of any untoward escalations. And now as per reports, US President Joe Biden’s son Hunter Biden and his investment firm Rosemont Seneca funded the Pentagon’s bio-weapons research in Ukraine in a bombshell of a revelation.

As per reports, Moscow said that Hunter Biden had secured funding for the US military’s ‘bioweapons’ research program in Ukraine. Hunter Biden’s laptop was used to access the hacked emails, which revealed that he helped win millions of dollars in financing for Metabiota, a Department of Defense contractor specializing in pandemic-causing illness research.

These statements come at a time when legacy media outlets like NYT, NYPost among others have accepted the credibility of Hunter Biden’s laptop leaks, which further increase the veracity of these claims. And as things stand, while the Ukrainian military might be able to take a resolute defense against Russia, Joe Biden, and his family have lost the narrative and battle given their collusion with the Ukrainian authorities for illegal and profiteering activities. They have singlehandedly jeopardized the sovereignty of the USA at the alter of the Biden family’s profits.

Read more: Hunter Biden ‘secrets’ that China uses as leverage against the US

The commander of Russia’s Nuclear, Biological, and Chemical Protection Forces claimed there was a ‘scheme of interaction between US government agencies and Ukrainian biological objects,’ pointing to the ‘financing of such activities by structures close to the current US leadership, in particular the investment fund Rosemont Seneca, headed by Hunter Biden.’

The Russian military leader’s claims, according to intelligence specialists, were brazen propaganda tactics to justify President Vladimir Putin’s invasion of Ukraine and foment strife in the United States. Hunter helped arrange millions of dollars in financing for Metabiota, a Department of Defense contractor specializing in research on pandemic-causing diseases that may be deployed as bioweapons, according to emails found on his abandoned laptop.

He also introduced Metabiota to Burisma, a rumored corrupt Ukrainian gas company, for a ‘science project’ involving high-security labs in Ukraine. Although Metabiota is ostensibly a medical data company, its vice president wrote Hunter in 2014 to discuss how they could ‘establish Ukraine’s cultural and economic independence from Russia,’ which is an unusual ambition for a biotech corporation.

Hunter may have played a key role in ensuring Metabiota to do the pathogen research just a few hundred miles from the Russian border, according to emails and defense contract data examined by DailyMail.com. But when Russian armies entered Ukraine last month, the project became a national security liability for Ukraine.

Metabiota operated in Ukraine for Black & Veatch, a US defense contractor with significant ties to military intelligence organizations, where they developed secure labs to analyze lethal illnesses and bioweapons. US authorities informed Congress earlier this month that ‘Russian forces may be attempting to acquire control’ of these ‘biological research facilities,’ raising concerns that lethal and even manufactured diseases may fall into Russian hands.

Hunter and his colleagues at Rosemont Seneca Technological Partners (RSTP), Hunter’s investment firm, consistently raised millions of dollars for technology companies in the hopes that the companies would take off and make them all wealthy.

One of the companies was Metabiota. Hunter and his coworkers exchanged eager emails about how the company’s medical data monitoring may become a crucial tool for governments and businesses attempting to spot infectious disease outbreaks. Through their firm Rosemont Seneca Technology Partners, the president’s son and his associates invested $500,000 in Metabiota.

Hunter was also heavily involved in Metabiota’s efforts in Ukraine. Hunter’s investor pitches stated that they not only helped the company receive finance but also helped it ‘attract new customers,’ such as ‘government agencies in the case of Metabiota.’ In April 2014, he and his business partner Eric Schwerin discussed subletting their office space to the firm. That same month, Metabiota vice president Mary Guttieri sent Hunter a memo explaining how they might ‘assure Ukraine’s cultural and economic independence from Russia.’