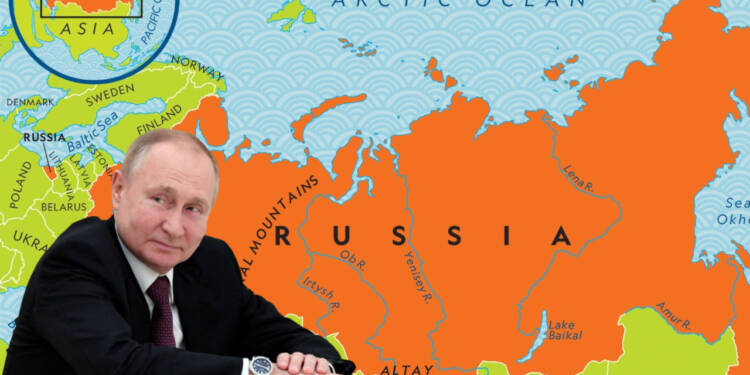 Russian President Vladimir Putin has a message for Russian mothers—You give birth to 10 or more children; I’ll pay you 1 million rubles or around $17,000. As per a Newsweek report, the Russian leader has revived the “Mother Heroine” award.

The award was first launched under Soviet leader Josef Stalin in 1944, which was given to more than 400,000 women before being scrapped after the fall of the USSR in 1991.

Now, this move of the Russian government is a game-changer for the Russian economy and its efforts towards reclaiming its past glory. Russia’s demographic crisis is real. In 1992, Russia’s population entered a period of negative growth.

It is estimated that Russia’s population will fall to about 132 million in the next two decades, compared to 145 million as of today. In the worst-case scenario, the United Nations predicts that its population could almost halve, to just 83 million by the start of the next century.

With his 10 children policy, Putin now hopes to reverse this trend. For Putin to wield his nation’s control over the Northern Sea Route and the Arctic region adjacent to its Far Eastern region, a baby boom in this decade is the need of the hour.

Russia is a filthy resource-rich country. It needs people to exploit the riches conferred on it by mother nature. Also, the population is a national security matter for the Russian government.

There has always been the threat of China expanding its tentacles in Russia’s Far East. Since the dissolution of the Soviet Union, Russian anxieties over China’s continuous push into its Far East have grown.

Since 1991, the Far East region’s population has fallen by 20% to barely 6.28 million people, a figure that will drop to 4.7 million by 2025. On the other side, 110 million people live in China’s three northeastern regions which border Russia. Not just that, Chinese labourers and migrants have already started to dominate the local Russian population in some parts of the Far East.

After assuming public office for the first time in 2000, Putin had famously predicted that “Russians in the border regions will have to speak Chinese, Japanese, and Korean within a few decades” unless long-term trends were reversed. Now, Russia’s 10 children policy is an effort in that direction only.

This will also help the Kremlin alleviate its military woes. To sustain and maintain a great military as big as Russia’s, an abundant availability of young personnel is a prerequisite. We have seen how the dearth of young employable population has spelt doom for the Chinese military, which often struggles to reach its recruitment targets. Putin has now ensured that the Russian military never gets to meet such a miserable fate.

Read More: Putin warns all illegal Chinese immigrants living in its Far East to leave or get punished

Putin in June revealed ambitious plans for the Russian economy. He stated that the 2020s will be a time for his country to strengthen its economic sovereignty. If Putin manages to accelerate the birth rate in Russia during the next one decade or two, the 2030s era can greatly help the country reclaim its lost economic as well as military glory.