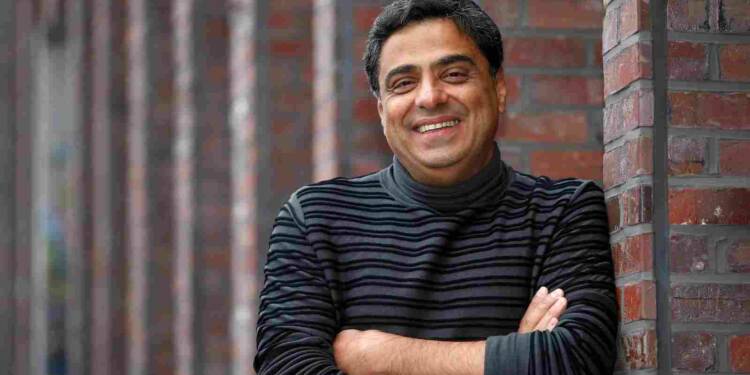 Ronnie Screwvala is a well-known first-generation businessman in India, a celebrated film producer, a well-known philanthropist, and has been named one of the most influential people of the 21st century by Time Magazine and Esquire. In this article we are going to talk about the biography, career, notable works, films and family of Ronnie Screwvala so read the article till the end.

Dream with Your Eyes Open is a book he wrote.

Ronnie Screwvala, who is based in Mumbai invented cable television in India. He also built UTV Software Communications, a media, and entertainment conglomerate that collaborated with News Corp, 20th Century Fox, The Walt Disney Company, and Bloomberg. In 2012, he sold the company to Disney for an enterprise value of US$1.4 billion.

Ronnie Screwvala is a famous businessman and film producer and he worked with so many movies, this biography article is incomplete without talking about his films and businesses. So here you will gain info about his career.

In the early stages of his business career, Screwvala was opportunistic and established a toothbrush manufacturing company.

During a period when India only had one terrestrial channel (Doordarshan), Screwvala is also recognized for having invented cable TV in India in 1981 and expanding it to several cities and the majority of the country’s hotel chains.

In 1985, he was the host of the quiz program Mashoor Mahal on Doordarshan.

Following achievements like Hungama TV becoming the top children’s channel in India, US-based Disney bought roughly 15% of the business in 2006; by 2012, it had acquired full ownership.

The first of these was a non-profit organization Ronnie Screwvala formed in 1990 called SHARE, which stands for the society to heal, aid, repair, and educate. With the assistance of his wife, SHARE changed into the Swades Foundation in 2013, with the objective of rescuing a million people from poverty every five to six years. More than 500,000 people were involved in the Swades Foundation’s efforts in Raigad, Maharashtra, India in 2019.

Some of his current endeavors include USports (2017), which concentrates on the contact team sport kabaddi and owns a top-ranked Mumbai team by the name of UMumba; RSVP (2018), a film studio; and UpGrad (2015), one of the largest online education organizations in India.

Ronnie Screwvala was born into a Parsi household in Bombay. At the British company J L Morrison and Smith & Nephew, his father served in an executive capacity. Screwvala attended the Cathedral, John Connon School, and Sydenham College in Mumbai for his formal education.

When he was in school, Screwvala had a passionate interest in theater and performed as a hobby in plays with the Bombay Theatre. Shakespeare’s Othello and Death of a Salesman both featured him in prominent parts.

Screwvala’s second marriage is to Zarina Mehta. Zarina was a co-founder of the media firm UTV that they established and is currently a trustee for their charitable organization, The Swades Foundation. They are locals of South Mumbai’s Breach Candy.

One daughter, Trishya Screwvala, who operates her own Not For Profit organization called The Lighthouse Project and is wed to sports pundit Suhail Chandhok, was born to Screwvala and his first wife, Manjula Nanavati.

He is also credited for revolutionizing cable tv in India.

UpGrad, one of the biggest online education businesses in India, was cofounded by Screwvala.

One of the top teams in the 12-team ProKabaddi League is his side, U Mumba.

Screwvala’s return to the media and entertainment sector is marked by RSVP Movies.

We hope this biography article of Ronnie Screwvala will be helpful for you to understand his journey and works.

I Am Enough Quotes Will Skyrocket Your Confidence