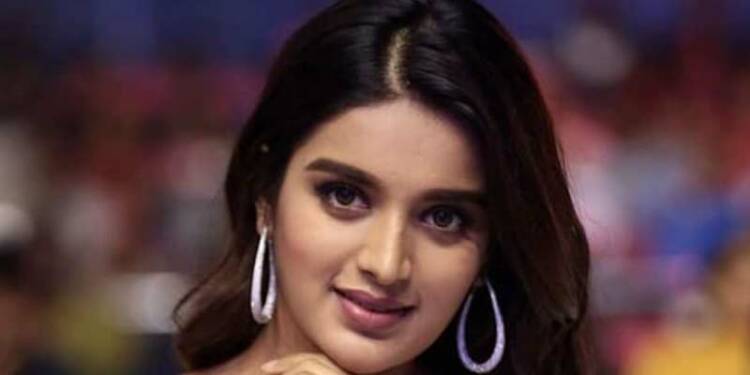 Niddhi Agerwal was born in Hyderabad, Telangana, India. She works as a dancer and model for Indian films. She is well-known for her roles in Telugu and Bollywood movies. She has over 25 million followers on Instagram. In this article we are going to talk about the biography, career, notable works, films and family of Actress Niddhi Agerwal so read the article till the end.

Niddhi Agerwal has training in ballet, kathak, and belly dancing, and she has a degree in business management. She chooses to work as an actress and model. She made her acting debut in the lead role of Sabbir Khan’s dance drama Munna Michael, costarring Tiger Shroff and exploring the lives of a street dancer who emulates his idol, Michael Jackson.

She entered the Yamahá Fascino Miss Diva competition in 2014 to realize her lifelong dream of being a model. She gained notoriety after being named as one of the competition’s finals.

She started going to auditions, and Sabbir Khan cast her in his 2017 Hindi film Munna Michael after choosing her among 300 other candidates. Her first Bollywood film was this one. At the Zee Cine Awards, she was given the best female performance prize.

Niddhi Agerwal made her Tamil debut in 2021’s Eeswaran, starring opposite Silambarasan. The movie was a mediocre success and received mixed reviews. The following year, Jayam Ravi and her film Bhoomi were launched. It garnered unfavorable comments.

She additionally made an appearance in Altaf Raja’s rendition of the Saath Kya Nibhaoge song alongside Sonu Sood.

In 2022, Agerwal made his acting debut in Hero alongside Ashok Galla. Both critics and viewers had conflicting opinions about the movie.

Niddhi Agerwal was raised in Bangalore after being born in Hyderabad. She was raised in a Marwari household that speaks Hindi and is fluent in Telugu, Tamil, and Kannada. Her birth date is variously listed as either August 17, 1992, or 1993.

She attended Debipur Milan Vidyapith for her education. She graduated from Christ University in Bangalore with a degree in business management. She has extensive training in belly dance, kathak, and ballet.

She is very popular on social media and her Instagram account has over 25 million followers. Nidhhiagerwal is her official Instagram handle with over 900 posts, mostly her pictures.

Agerwal was raised in Bangalore after being born in Hyderabad.

She was raised in a Marwari household that speaks Hindi and is fluent in Telugu, Tamil, and Kannada.

She attended Vidyashilp Academy and Vidya Niketan School for her education.

She graduated from Christ University in Bengaluru with a degree in business management.

She has extensive training in belly dance, kathak, and ballet.

Honored with a lifetime membership in the Asian Academy of Film & Television’s International Film and Television Club.

Agerwal has appeared on the Hyderabad Times Most Desirable Woman list numerous times, eighth in 2020 and eleventh in 2019.

She actively promotes a number of products as a celebrity.

She declined a fairness cream endorsement in 2019.

We hope this biography article of Actress Niddhi Agerwal will be helpful for you to understand her journey and works.