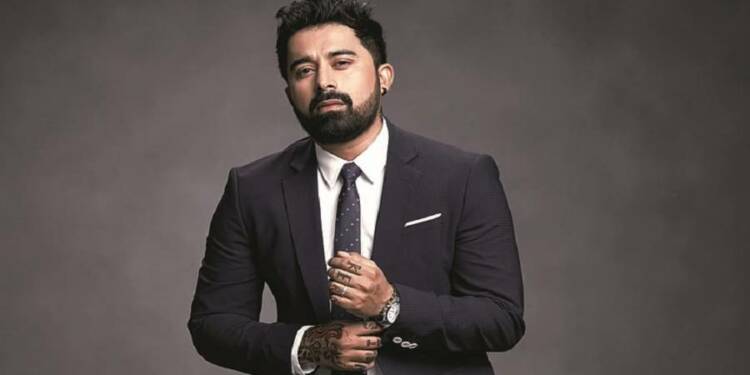 Rannvijay Singha, who presently hosts and directs MTV Roadies and served as a VJ for MTV India, won the first season of Roadies in 2003. He is very popular on Instagram and has over 4.5 million followers. In this article we are going to talk about the biography, career, notable works, films and family of Actor Rannvijay Singha so read the article till the end.

From 2004 to 2020, he participated in the program, first as a gang leader and then as a host. He also took the stage for the auditions for Roadies Revolution and Shortcut to Hell, which ran from 8 to 18. In the film Toss: A Flip of Destiny, he made his Bollywood debut (2009).

The first season of the well-known reality series MTV Roadies was won by Rannvijay. After that, he continued to host all of the subsequent seasons of it.

Additionally, he presided over the premiere of MTV Splitsvilla and the MTV Scooty Pep Teen Diva event. Additionally, he will serve as presenter of MTV Force India – The Fast and the Gorgeous.

Rannvijay Singha has appeared in the films Toss and Mumbai Cutting… A City Unfolds as an actor. Additionally, he contributed to the film London Dreams, starring Salman Khan, Asin Thottumkal, and Ajay Devgn.

On April 10, 2014, Rannvijay and Priyanka Vohra were wed. Kainaat, the couple’s daughter, was born on January 17, 2017, and she is named. Singha and his wife Prianka made the announcement that they are expecting their second child on March 4, 2021.

Although Singha’s father is retired, he is now serving as the UN Force Commander in Syria, and both of his parents are poets in their own right.

Due to his father’s transferrable employment around India, he attended nine different schools before completing his education at Army Public School. He received his degree from Hansraj College in Dhaula Kuan, New Delhi.

Since his family has served in the Indian military for six generations, Singha is the only member of his family that does not.

Rannvijay is a collector of comic book heroes and motorcycles.

He is well-known for his collection of Wolverine and Batman memorabilia and is the owner of a Royal Enfield, a Kawasaki Ninja, a Suzuki GSX-R600, and a Hero Honda Karizma R.

He supports the Warriors.

Singha made an appearance in the first season of MTV Roadies before hosting the subsequent seasons, 2.0 through Roadies Revolution.

In 2009’s Toss: A Flip of Destiny, Rannvijay made his Bollywood debut.

He appeared in London Dreams alongside Salman Khan and Ajay Devgn.

In 2011, he made one more appearance in Action Replayy.

In Jimmy Shergill’s Dharti, which was released in 2011, he made his Punjabi film debut.

He appeared in the horror movie “3 AM” as well.

We hope this biography article of Rannvijay Singha will be helpful for you to understand his journey and works.