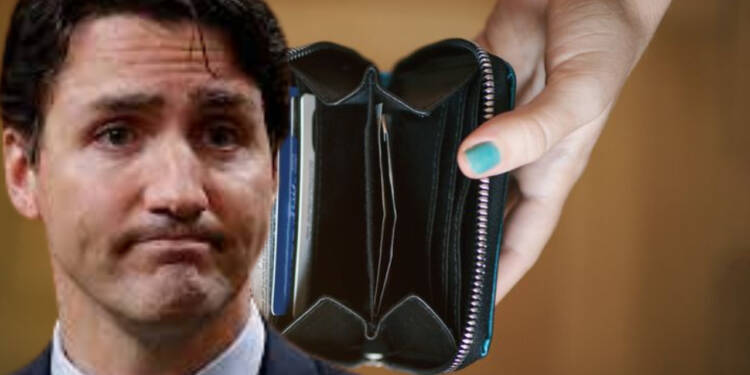 Canadian Prime Minister Trudeau is undoubtedly a very loyal friend to US President Joe Biden. The US officially entered recession after its economy continued to shrink in the second quarter of 2022.

Well, Trudeau, following his friend in the South has set in motion the prospect of Ottawa falling into recession shortly. Canadian citizens are spending less and that could be a big problem for the liberal government at the centre.

Canadian consumers may be starting to pull back on their spending as inflation erodes their purchasing power.

An advance estimate suggests retail sales dropped 2% in July, Statistics Canada reported Friday in Ottawa. That’s after a 1.1% jump in June, the sixth straight increase, which was driven by higher sales at gas pumps and vehicle dealers.

Real GDP is projected to grow by 3.8% in 2022 and only 2.6% in 2023. It is unfortunate that the federal government is not offering opportunities for Canada to grow at a higher rate given the size of the country.

On the contrary, the GDP is actually expected to shrink. If the current scenario persists, the Canadian economy is set to register a negative GDP growth very soon.

Inflation was at a 39-year high of 8.1% hit in the month of June from where it eased to 7.6% in July. Decreased Inflation occurs often after a cut in spending across a region. However, what’s worrisome to notice here is that spending decreased only after seven months of continuous increase.

The July data indicates that after a period of consumer resilience during the economy’s reopening, higher inflation, rising interest rates, and declining confidence may be beginning to factor in household expenditure.

Some of the estimated decline “can be chalked up to lower gasoline prices, but the majority looks to be due to consumer fatigue,” Royce Mendes, head of macro strategy at Desjardins Securities Inc., said in a report to investors. “Canadians have been feeling the pinch from both high inflation and rising interest rates. So it should come as little surprise that retailers are beginning to see the pace of sales slow.”

Simply put, Macklem is comfortably advising business owners to refrain from increasing the workers’ pay in trend with rising inflation.

The Trudeau administration and its associates have made a mockery out of the innocent Canadian populace. It is high time people rise in rebellion against Trudeau to save the little wealth they still have.