One should not bat an eye if we say Mr. Trudeau has been a lot for Canada. It's upsetting to know that Canada has turned into a hell hole under his regime. 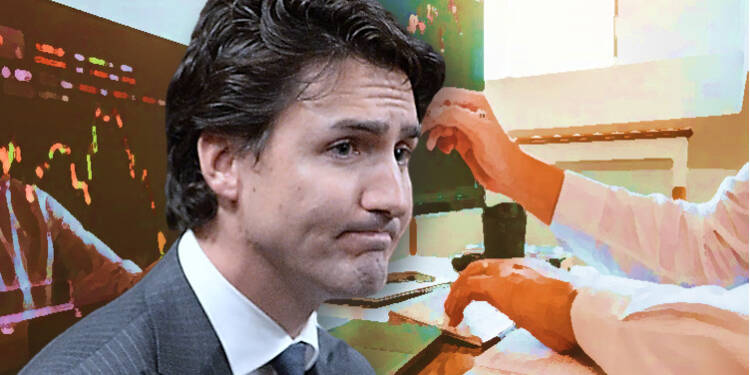 And will you believe us if we say that Canada is seeing its biggest outflow in 15 years? Well, why wouldn’t you? After all, Canada is being headed by the most incompetent person in the room. Since the ‘Crime Minister’ took charge of the country we’ve been tired of seeing people losing confidence in the country. And, in yet another sign of how confidence in Canada is eroding, outside investors pulled money out of the country at the largest rate in 15 years.

In June alone, foreign investors sold Canadian stocks worth $12.6 billion. That is the highest level since 2007, just as the world financial catastrophe was about to begin.

Canada and the rest of the world are currently transitioning from one crisis into another.

It is Trudeau not Harper

Because perhaps this time Canada is having a Trudeau government rather than a Harper government in power.

While Trudeau has implemented policies that make Canada more susceptible to quickly adjust to the changing global environment, Harper was able to skillfully manage the crisis, stabilize the economy, and even return to a balanced budget.

But, hey Canadians, don’t you think your country is seeing its worst time when it could have been poised to make significant profits? You see, at times when a massive energy crisis had grappled the globe, Canada had the unfair advantage. But, what do you expect out of a government when you give the whole power to the hands of a nitwit?

Anyway, it is worth noting that money should be pouring into Canadian stocks instead it is leaving, because investors have correctly concluded that the Trudeau administration is more interested in limiting development and “redistributing” a declining amount of income than it is in encouraging actual output.

When it comes to natural resources, perhaps no country on Earth is as fortunate as Canada, but despite this, its per capita GDP is equal to several European nations with somewhat fewer advantages.

The Ukraine War gifted a perfect chance for Canada to step up and get into the lucrative market of energy. But Trudeau’s government got entangled with domestic issues and the government in Ottawa needs to get assent from Washington to proceed with anything.

All that would be required for Canada’s economy to take off is for the government to step aside and allow Canadians to fully express their ability and innovation.

You see, from tourism to farming to energy, the Liberal government has been crushing Canada’s every sector. But to the dismay of Canadians, You gave mandate to such an anti-business government to breed in once a prosperous nation.

Now, even the foreign investors have insinuated that they want Harper back. They have started fleeing Trudeau’s Canada seeing a grim future.