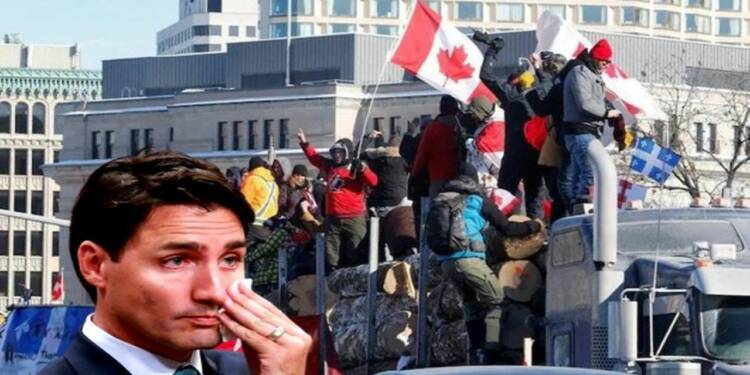 With a policy that has everything in it to take a country to shambles, Prime minister Justin Trudeau is unveiling a new climate plan, with a focus on reducing nitrous oxide emissions from fertilizer by 30% below 2020 levels, by 2030.

Anyone adept in the Agri sector knows that reducing nitrogen fertilizer will consequently give lower crop yields, hurting the Agriculture sector and, more importantly, hurting farmers. But in a run to accomplish the green energy policy, that has been long deemed futile, Trudeau is showing no signs of backtracking from this move. This move could perhaps give rise to a protest that could simply overpower the Freedom Convoy protest of February.

“Fertilizers play a major role in the agriculture sector’s success and have contributed to record harvests in the last decade. They have helped drive increases in Canadian crop yields, grain sales, and exports,” a news release from Agriculture and Agri-Food Canada reads.

“However, nitrous oxide emissions, particularly those associated with synthetic nitrogen fertilizer use have also grown significantly. That is why the Government of Canada has set the national fertilizer emissions reduction target, which is part of the commitment to reduce total GHG emissions in Canada by 40-45% by 2030….”

This statement from government sources is nothing but a tacit admission that gives away the fact that the country will witness lower crop yield in the coming years. Make no mistake, the government is implicitly admitting — Hunger is coming to Canada.

Also, it should be noted that Trudeau is pushing for this reform while Canada is trying to untangle itself from a worsening food crisis. The 5.8 million Canadians living in food insecurity are facing more difficulty accessing food as costs continue to rise.

“We’ve seen… disruptions of supply chains around the world, which is resulting in higher prices for consumers and democracies, like ours, and resulting in significant shortages and projected shortages of food, of energy in places around the world. This is going to be a difficult time because of the war, because of the recovery from the pandemic,” Trudeau reasoned in march of 2022

Not just the Dutch farmers’ protests but Trudeau could have taken note of the horrendous example of a country falling into pieces just for experimenting with the same method of organic farming — the present geopolitical potboiler, Sri Lanka.

In 2019, Sri Lankan President Gotabaya Rajapaksa included a bold policy for the entire country to switch to wholly organic food production within 10 years. It’s now cited as one of the reasons why Sri Lanka has sunk into its worst economic crisis for decades, sparking outrage, and protest.

All concerns from agricultural analysts were neglected in Sri Lanka and the government went for a dramatic new policy, placing a total ban on chemical fertilizers. Anger spread like wildfire in Sri Lanka following the losses incurred by farmers for switching to organic farming. It has now reached a stage where thousands are pouring into the presidential palace with the world looking agape over the happenings.

Canada could have learned its lessons in detail from the imbroglio in Sri Lanka. But Trudeau is a champion of progressive ideas and loves to be known as a leader who engages in risk. With the new policy, Justin Trudeau is simply emulating Gotabaya Rajapaksa, and the result will be not just a new Lanka but something more horrible than that,  considering the outrage that has reached the zenith within the Canadian public.