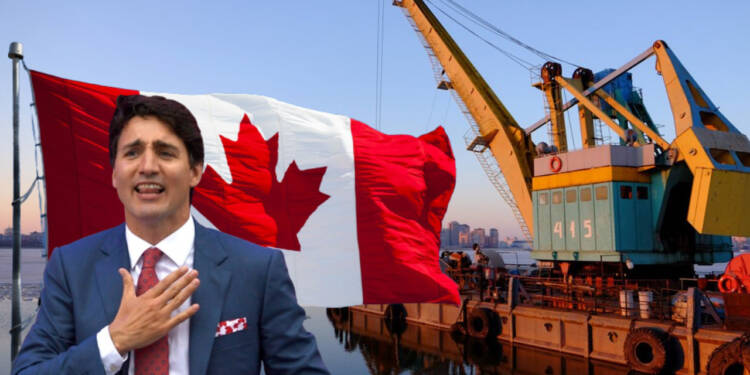 A draconian law by Trudeau has made ten Canadian provinces join their hands against the Federal government. The already chastised institutions of Canada are dealing another blow from Trudeau’s government. What’s the draconian law? Stay tuned to find out.

Three years ago, the Canadian government introduced Bill C–69 in the Canadian Parliament. Under this act, Justin Trudeau proposed to replace the National Energy Board Act with the Canadian Energy Regulator (CER) Act. This bill is also known as the ‘No More Pipelines’ bill.

After the bill got cleared and became an act, the act was known as the ‘Impact Assessment Act’ (IAA) as the federal regulators got the leverage to consider the effects of major construction projects, like pipelines on a range of environmental and social issues, including climate change.

The Alberta province chastised this doing. Since 2019, the Alberta Province and the federal government were at odds over this Impact Assessment Act. However, Alberta is not at all by itself, there are many more with them to express discontent.

Furthermore, it appears like Trudeau is acting alone in his effort to gain legitimacy for his actions.

In 2019, The IAA was challenged at the Alberta Court of Appeal as it was simply striking down the authorities that the provinces were enjoying in terms of project clearance. In May 2022, Alberta’s appeal court struck down the Impact Assessment Act citing it as ‘unconstitutional’.

The Alberta Court simply called the controversial law an “existential threat” to each province’s right to control its own resources. As expected, the rattled Trudeau’s government went against the judgment and went direct into Supreme Court.

Immediately after the Alberta court ruled its decision, the federal government went to the country’s top court. The office of the Attorney General of Canada completed its notice of appeal, and filing deadlines have now been set.

In past, the Supreme Court has been kind to the Trudeau government. Last year, Supreme Court upheld the Liberals’ carbon tax regime as constitutional with the majority writing that the climate change threat necessitates a coordinated national approach.

The federal government believes that the Supreme Court ruling would again benefit the Trudeau faction. But this time, the situation is quite different.

Along with Alberta, nine other provinces have also joined forces to appeal against Bill C-69 in Canada.

Jason Kenney, the premier of Alberta announced, “I am very happy to report all nine of Canada’s other provinces have filed notices of intervention with the Supreme Court of Canada reflecting their intent to intervene in the federal appeal of the Alberta Court of Appeal’s historic decision striking down the Federal Impact Assessment Act (IAA).”

Jason Kenny is pretty confident that he will triumph against the Federal government as he has been waiting for this day for a long time. At this moment, all of the provinces have pitched discontent against the ‘Impact Assessment Act’.

This was not the case during the last hearing, as last time the appeals were very limited against Trudeau’s carbon tax regime. But, this time all the ten-state authorities have come together to challenge Trudeau’s draconian action.

The most common reason these all provinces cite against the IAA act is that Trudeau is snatching away the rights of province authorities. He is trying to establish his hegemony over clearing infrastructure projects and giving the least say to provinces.

This questions, the federalism aspect of Canada’s Parliament as the act takes powers from the provinces and is an attack on their sovereignty and can destabilize the power distribution mechanism.

Well, under the Canadian constitution, it isn’t mentioned under whose gambit the jurisdiction of the ‘environment’ falls, and Courts have ruled that it’s a shared jurisdiction and that any federal incursion into environmental matters must be connected to already existing laws. So, Trudeau is indeed flogging a dead horse here.

Now, Will the provinces triumph against Federal Government’s hegemonical law? Or will Trudeau come to sense and repeal the authoritarian law? Only time will tell.