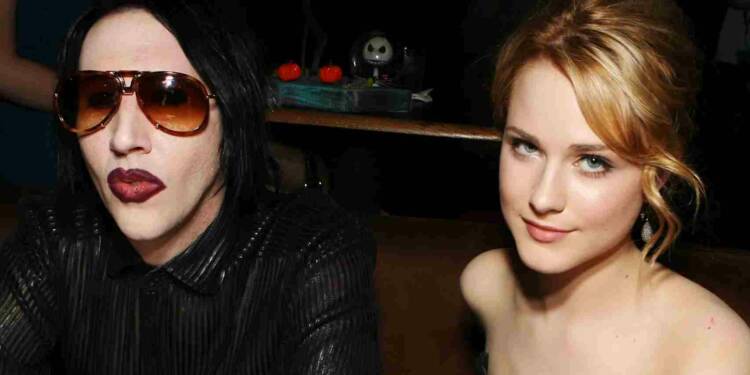 American actress and activist Evan Rachel Wood. She has been nominated for three Primetime Emmy Awards, three Golden Globe Awards, and a Critics’ Choice Television Award for her work in film and television. In this article we are going to talk about the biography, career, notable works, films and family of Actress Evan Rachel Wood so read the article till the end.

Evan Rachel Wood, a remarkably talented actress, specialized in portraying young women who have seen and experienced too much at a young age.

Before impressing critics with her portrayal of a young girl who plunges headfirst into sex and drugs in the disturbing indie drama “Thirteen” (2003), for which she received a Golden Globe nomination, she first came to attention while still in grade school on the cult TV series “American Gothic” (CBS, 1995–96) and “Once And Again”.

With roles in “Down in the Valley” (2006), “Running with Scissors” (2006), and “Across the Universe,” Wood continued to make a living by alternating between major Hollywood films and independent ones after that career-launching performance (2007).

Evan has over a million followers on her Instagram handle and posted over a thousand posts on Instagram. Her account is private and only the followers can see the posts. However, her official account handle is evanrachelwood and can be accessed after the approval after the user.

Evan Rachel Wood is in the news for equating Amber Heard to Harvey Weinstein, a “r*pist.” Hollywood has two sides to it. One that neither of us sees nor one that we all clearly perceive. Tinseltown produces a tonne of movies, television series, and other things, but it also attracts controversy.

Rachel Wood and the reportedly abusive treatment she received from Marilyn Manson. As they were filming the music video for “Heart-Shaped Glasses” in 2007, the actress alleged that the musician assaulted and raped her.

In Raleigh, North Carolina, on September 7, 1987, Evan Rachel Wood was born. Her mother, Sara Wood, is an actress and acting coach, and her father, Ira David Wood III, is an actor, writer, and director in the theater.

Dana Wood, a musician, and Ira David Wood IV, an actor, are her two older brothers. Her father started and still serves as executive director of Raleigh’s Theatre In The Park, where Evan and her brothers occasionally play.

When she was a student, she participated in the Little Mermaid musical at Cary Elementary School in Cary, North Carolina. After her parents divorced, Wood relocated to her mother’s hometown of Los Angeles, California, with her mother in 1997 to advance her acting career. Before leaving her California public school at age 12 to pursue homeschooling, she attended. At the age of 15, she obtained her high school diploma.

In 2005 and 2006, Wood dated English actor Jamie Bell for two years. Her relationship with Marilyn Manson, who served as the inspiration for the song “Heart-Shaped Glasses” and for whom Wood featured in the music video, was made public in January 2007. In January 2010, they became engaged. However, they broke up seven months later.

In 2011, Wood resumed her romance with Jamie Bell and became bisexual in public. They were wed in October 2012, and in July 2013, they welcomed a son. Wood and Bell made their breakup public in May 2014. Wood and her bandmate Zach Villa were dating by 2015. In January 2017, they got hitched. However, they broke it off in September.

She spoke in favor of the Sexual Assault Survivors’ Bill of Rights Act in 2018 before the United States House Judiciary Subcommittee on Crime, Terrorism, Homeland Security, and Investigations.

2016 saw the release of a video by the Human Rights Campaign honoring those killed in the Orlando nightclub shooting; in the video, Wood and others shared the accounts of the victims.

Evan Rachel Wood is a black belt in taekwondo.

She was nominated for Best Supporting Young Actress in a TV Drama Series at the 21st Young Artist Awards for her role in Profiler.

Wood made his debut in a significant movie picture in 2003’s Thirteen, which was also directed by Catherine Hardwicke.Wood was hailed as “one of the best actresses of her generation” by The Guardian in 2006.

From 2009 to 2011, Wood played Sophie-Anne Leclerq in the second and third seasons of the HBO supernatural drama series True Blood.

In the 2011 HBO miniseries Mildred Pierce, she played the title character’s daughter; for this role, she received nominations for the Golden Globe Award and the Primetime Emmy Award for Best Supporting Actress.

Wood and Chris Evans appeared in a 2010 Frank Miller-directed commercial for the fragrance Gucci Guilty Eau.

We hope this biography article of Actress Evan Rachel Wood will be helpful for you to understand her journey and works.

Switzerland decided to sanction Russia and regretted it immediately