USA’s ambassador to Canada openly rejects Canada as an ally 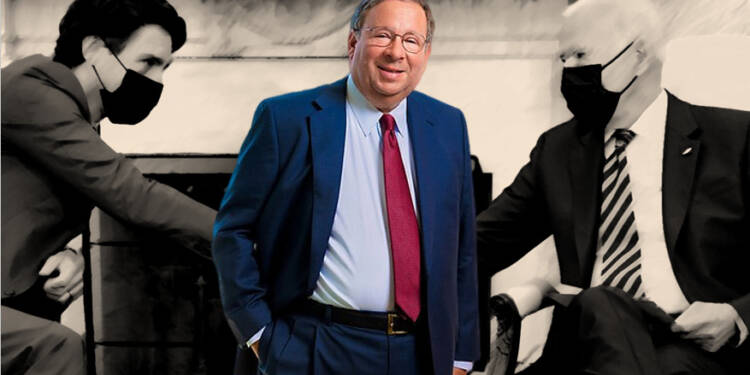 The US and Canada have friendly relations with one another. However, in recent years, there have been numerous economic disagreements between the two countries, challenges with illegal immigration, and the threat of terrorism. David Cohen was officially appointed as the US ambassador to Canada by President Biden to alleviate these issues and restore Canada to the same page as the US. However, it appears that Cohen has no interest in achieving that, and as a result, he flatly dismisses Canada as a US ally.

Canada and US cordial relations

Nevertheless, historically, the United States has had a significant impact on Canada’s foreign policy choices. Generally speaking, Canadian foreign policy has followed the same course as that of the United States and Europe, with the Canadian government participating loyally in most of the important western alliances prevailing at any given time. This has included fighting alongside as allies in both World Wars, being an active member of NATO and the UN, defending democratic-capitalist causes during the Cold War, as well as making financial, military, and diplomatic commitments to advance global justice and stability in the age of terrorism and rogue states.

Nevertheless, the relations between US and Canada travelled a rugged path when Donald Trump came to power. Tensions over trade culminated in tariff battles during Trump’s term in the White House, and his use of Twitter to blast the prime minister in Ottawa certainly did put a chill on their relationship.

Despite Trudeau and Trump’s relationship being termed as hostile, challenging agreements were indeed reached, the most notable one being the revised NAFTA Accord, making the nations continue to work together on long-standing problems. Trump supported the Keystone XL pipeline as well.

But when Biden came to power, Trudeau assumed the relations will move forward very cordially. Unfortunately, nothing of that sort occurred, rather Biden revoked the Keystone XL Pipeline permission on his first day in office, clearly giving little or no thought to Canada’s concerns. Canada was also excluded from the AUKUS group, a new security agreement involving the United States, the United Kingdom, and Australia.

Additionally, Canada suffered the most from Biden’s “Buy American” policy, which had overtones of Trump’s protectionism. Therefore, little can be stated about what the Biden administration is doing to maintain friendly relations between US and Canada. Perhaps, Biden appears to have changed his mind, thus making efforts to win back Canada’s confidence in the US.

Bogus efforts of Biden to ease down the issues

In an effort to strengthen ties with Canada, Biden recently named David Cohen as the US ambassador to Canada. But hold on! It’s the same Cohen, a politically savvy individual who leads an expensive lifestyle, as an ambassador. Moreover, he has openly criticized some of Canada’s actions and the strained relationship.

For instance, he told Politico, that the tensions between the two nations are not just confined to bilateral trade issues. He claimed that serious discussions, and not open disputes, are currently underway between the two nations regarding issues such as lumber, dairy, oil pipelines, China, defence spending, essential minerals, digital taxes, gun smuggling, and climate change.

The threat by Trudeau to impose an arbitrary tax on digital giants, the majority of which are American businesses, has had alarm bells ringing in the business sector of the United States.

In particular, given how NATO is ferociously arming Ukraine against Russia, the two nations have been at differences over Canada’s still-too-low defence spending, according to the United States. Additionally, they haven’t always agreed on how to control the border after Covid, where daily trade last year totaled $2.6 billion.

In a particular interview with ctvnews, when the reporter asked Cohen, “Was it a mistake for Joe Biden to cancel Keystone pipeline given where the world is now, would it have had helped in this situation?

Cohen replied, “I hope this isn’t headline news. After all, I’m Joe Biden’s friend and his representative in Canada. But Joe Biden absolutely did not make any mistake in cancelling the Keystone pipeline. We don’t have enough time to run through every argument there. We’re talking about inflation, which is fair, as Joe Biden has said it is the number one issue that the United States faces. But it’s not the only issue. Energy is not the only issue surrounding Canada and the United States. You could argue that climate change is an existential issue for our generation. Unless we get a hold of climate change and get a hold of the impacts of climate change quickly, we’re going to cause irreversible damage to our environment.”

Moreover, Mr. Cohen doesn’t seem to appreciate Canada’s recent development of close ties with China. When he was just a nominee for the present position, Politico reported he wanted to see the Trudeau government release its “framework for its overall China policy.”

He stated that he wanted to see an increase in American and Canadian cooperation to resist the “existential danger that is China”, at his nomination hearing before the Senate Foreign Relations Committee.

However, all of these incidents undoubtedly highlight the fact that, despite David Cohen’s appointment to soften US-Canadian relations, it appears to be easier said than done given his severe position on Canada. Therefore, the future US-Canada doesn’t look that cordial under Cohen’s watch.