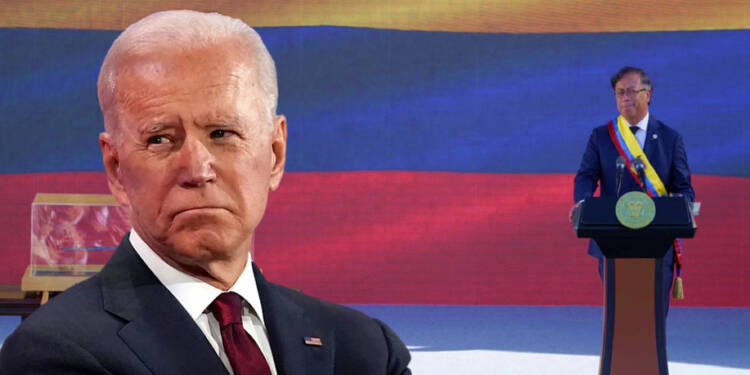 Latin America has always been America’s backyard. But times have changed and the tides are turning in the region. The hegemony washington enjoyed is being challenged everyday by other global powers and a new generation of democratic leaders.

US and West’s exploitation of Latin America

By early 1800s, the US had grown strong enough to begin entering foreign markets like its British forefathers and other European counterparts. It viewed vast “empty” lands of Latin America as a necessary step to emerge as a global economic superpower. Latin America was the victim of its unquenchable thirst for economic progress which ravaged the entire continent.

In 1823, it enacted the Monroe Doctrine aiming to establish American hegemony. The doctrine served as a warning to European countries that the US would not stand for additional colonisation or puppet monarchies. The doctrine made US the so-called protector of its recently independent southern neighbours.

In the aftermath of Monroe Doctrine, United States went rogue and ravaged the whole continent. It occupied 55 percent of Mexico’s territory during the Mexican-American War (1846–1848), giving the continent William Walker, an American who invaded Nicaragua in 1856, conquered it with his own force, and governed it for a while. The United States invaded Cuba and Puerto Rico in 1898 after defeating a weak Spain in the region.

US devastated the continent first as colonisers, then as sponsors of civil wars, rebel insurgencies, and the installation of puppet governments both during and after the Cold War. After World War II, in nations like Guatemala, Chile, the CIA assisted in regime change to keep their economies wide open to American interests.

US exploited the natural resources that are incredibly abundant in Central America. To put things in perspective, nickel, iron ore, copper, timber, oil, and other rich natural resources are plentiful in the region. Before US razed the region, it had been exploited by Western colonisers like Spain and Portugal.

Snub to America and Spain

The continuous spur of violence and instability in Latin America, in which the US has long played a pivotal role, has led to people fleeing their homes in search of a safe haven. For many years, migration has caused millions of individuals in Central America to migrate to the United States.  Majority of people are from the countries of Northern Triangle; Honduras, El Salvador and Guatemala.

US has continuously tried to maintain its power in the Latin region through financial means. It claims to help these countries to battle corruption, improve law and order, create jobs, and, ultimately, reduce migration to America through it’s southern border. But, it has its own selfish objectives to continue its power in the region.

In January, Kamala Harris visited Honduras to attend the inauguration of Xiomara Castro with an aim to make the country reduce migration to United States but the effort went in vain.  The visit was highly criticized in local media as a new sign of U.S. oversight, intervention and imposition.

A recent visit to Colombia by US representatives to attend the inauguration of Gustavo Petro and his running mate, Francia Márquez, as the President and Vice-President faced a similar backlash. The US delegation was not even announced from the podium. It was further ridiculed and didn’t even find a space on the stage.

Read More: An election in Argentina is going to change the face of Latin America

Spain, its erstwhile colonizer sent its King to the inauguration. The general public present at the inauguration was not welcoming, rather booed him as well. He took great visible offence of the same. He did not even stand in Honour of Simon Bolivar’s sword. Now, if you don’t know Simon Bolivar sword had defeated Spain precisely 203 years earlier in the Battle of Boyacá.

Also, in June’s Summit of the Americas in Los Angeles five regional leaders decided the skip the extravagant event.

South America seeks its own identity

Latin American countries like Peru, Honduras, Chile and Colombia have seen regime changes recently. And these countries are increasingly looking for independent government without any western influence.

They have decided now to take reigns in their own hand and assert their identity independent of the West. Therefore, they’d resist any intervention from their past colonizers and are looking to undo the destruction to their society and culture. Their message to US and the West is loud and clear- We’re done with you and you’re not welcome here anymore!