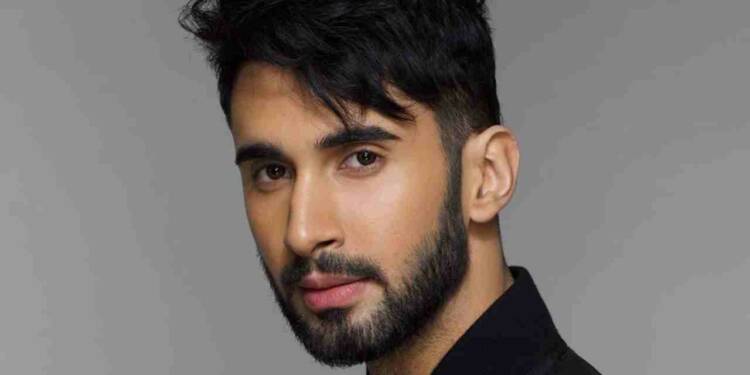 In 1996, on April 19th, Laksh Lalwani was born. He works as a model and an actor in addition to being a student. He graduated from the 12th grade. He hasn’t received any formal training in acting or modelling. In this article we are going to talk about the biography, career, notable works, films and family of Actor Laksh Lalwani so read the article till the end.

Laksh was chosen to play Veer Mehra in Pardes Mein Hai Mera Dil (2016–2017) after appearing in an episode of Pyaar Tune Kya Kiya. He received considerable praise from critics for his depiction of the title fighter in Porus (2017–2018), India’s most costly historical TV production, which cost 500 crore.

Laksh is ready to make her Bollywood debut, and Karan Johar will do it through Dharma Productions, which has a three-film deal with him. Dostana 2, which he also started filming in November 2019, was supposed to be his debut feature in 2021, however it has been postponed.

Short biography of of Laksh Lalwani

Bollywood filmmaker Karan Johar has announced his film. He is going to launch star kid Shanaya Kapoor with Dharma Productions’ new project ‘Bedhdak’. Laksh Lalwani and Gurfateh Pirzada have also got a place in this Karan Johar’s film. Before the Bollywood debut of Laksh Lalwani, know his profile and complete details. He will be seen romancing Sanjay Kapoor’s daughter Shanaya Kapoor in Behadak.

‘Bedhadak’, then director Shashank Khaitan, who has directed hits like ‘Dhadak’ and ‘Humpty Sharma Ki Dulhania’, is directing it. Shanaya Kapoor will be seen playing the role of ‘Nirmit’, Guru Fatehi Pirzada as ‘Angad’ and Laksh as ‘Karan’ in Dharma Productions’ ‘Bedhadak’. The makers have also released the first look poster of the film, which reminds me of a franchise film like ‘Student of the Year’.

This matter was very hot. Reacting to these rumours, Laksh had said at that time that “This matter is being unnecessarily given importance. Nothing like this happened between us. She got excited while applying color on my face and because of this my glasses fell down. I didn’t even react because it happened unintentionally to her.

Laksh Lalwani, commonly known as Laksh, is an Indian actor.

Laksh started out in the modelling industry. Later, he made his acting debut in Anupriya Kapoor’s and Parth’s leading roles in MTV’s well-known Teen-Drama Warrior High (Veebha).

He became quite well-liked at Warrior High. The final episode of the programme aired on 10 in July 2015.

Laksh was cast as the male lead opposite Mahima Makwana in the upcoming &TV series Adhuri Kahani Hamari in September 2015.

He will appear as a young, wealthy lad.

We hope this biography article of Laksh Lalwani will be helpful for you to understand his journey and works.