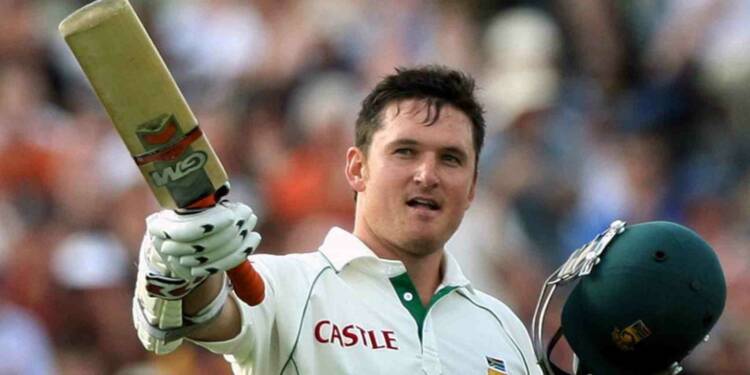 Graeme Smith is a South African cricket commentator and former player who represented South Africa in all formats. He was born on 1 February 1981 in Transvaal Province, South Africa. He is popular on Instagram and has over 200k followers. In this article we are going to talk about the biography, career, notable works, game and family of Graeme Smith so read the article till the end.

Directness and upfronts are the cornerstones of both Smith’s leadership and his batting. The complexities of captaincy have become second nature to him, yet he still feels most at ease charging back into the fray while casting a quick peek behind him to see if his troops are following.

Graeme Smith is an international cricketer and he played so many games for country, state and clubs this biography article is incomplete without talking about his career. So here you will gain info about his achievements and life story.

Shaun Pollock was replaced as captain of the national team by him in 2003.

Until his retirement in 2014, he served as test captain.

Having led South Africa to a record 54 test victories, Graeme Smith is regarded as one of the greatest test captains of all time. Under his leadership, South Africa was frequently referred to as the best touring team in the world.

One of the best openers of all time is thought to be Smith.

He scored two double hundreds in back-to-back Test matches while South Africa was touring England in 2003: 277 at Edgbaston and 259 at Lord’s.

The highest score recorded by a foreign player at this illustrious site is still his 259 at Lord’s.

In his 112th test match, Smith completed 9,000 runs in test cricket, becoming the second South African and the 12th overall.

Smith holds the distinction of having been a part of all four of South Africa’s opening partnerships of over 300 runs.

Graeme Smith was named South Africa’s youngest captain ever at the age of 22. When he participated in his (personally not captained) 102nd test against England, he held the record for most appearances as a captain.

He established himself in international cricket on the 2003 tour of England with two consecutive centuries of 277 at Edgbaston and 259 in an innings triumph at Lord’s. The highest score by a foreign player at Lord’s is his innings.

In the series, he scored 714 runs at an average of 79.33. In October 2005’s Super Series Test match against Australia, Smith was named captain of the ICC World XI.

Smith has served as captain for most test matches in test history. Additionally, he is the only test captain to have participated in more than 100 tests. (109 – 108 as South Africa’s captain, and 1 for the ICC).

With 53 victories, Smith has the most test match victories as a captain in history.

Smith is the skipper with the most centuries (15) in test match victories.

He also holds the world record for the most catches taken in test match victories by a non-wicketkeeper (82).

The fastest cricketer from South Africa to score 1,000 test runs.

Smith is the test captain with the most runs scored (8659).

We hope this biography article of Graeme Smith will be helpful for you to understand his journey and works.