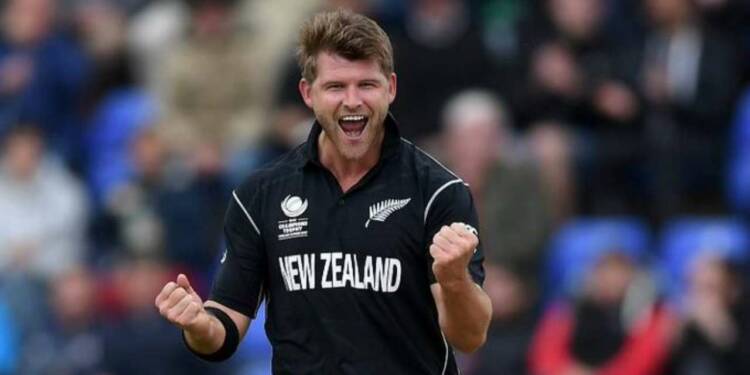 Corey James Anderson was born on 13 December 1990. He is a former New Zealand cricketer who has played for the Royal Challengers Bangalore in Indian Premiere league. In this article we are going to talk about the biography, career, notable works, games and family of Corey Anderson so read the article till the end.

Corey Anderson is an international cricketer and he played so many games for his country, and clubs, this biography article is incomplete without talking about his career. So here you will gain info about his achievements and life story.

Anderson made his New Zealand debut in a T20 International against South Africa on December 21, 2012, after being named to the T20I and ODI squads for the 2012-13 South African tour.

In 2013, he was named to New Zealand’s ODI squad for the Champions Trophy, and he made his ODI debut against England in Cardiff on June 16, 2013.

Anderson broke Shahid Afridi’s 17-year-old record for the fastest ODI hundred by one ball on January 1, 2014, at the Queenstown Events Centre, scoring his in 36 balls. He finished with an unbeaten 131 that included 14 sixes and 6 fours.

He and Jesse Ryder helped New Zealand set a team record for most sixes in an ODI inning.

Corey Anderson joined the Canterbury Wizards squad in the 2006/07 season after being promoted from the New Zealand under-19 cricket team.

He also played for his high school’s first XI team at Christchurch Boys’ High School, where he was a member of the team that won three consecutive Gillette Cups from 2005 to 2007.

Anderson was also named Gillette Cup player of the year in 2006, sharing the honor with current Blackcap Tim Southee.

Anderson was the youngest player in New Zealand’s first-class cricket history when he signed a contract with New Zealand Cricket in 2007.

Mumbai Indians in the IPL, and Northern Districts in New Zealand first-class cricket. Corey Anderson announced his intention to play for the USA Cricket Team in 2022 after retiring from the New Zealand team in 2020.

Anderson rose to prominence on January 1, 2014, when he scored the fastest century in One Day International history.

This record was later broken in 2015 by AB de Villiers, who scored a century off 31 deliveries against the West Indies.

Anderson was paid 45 million rupees (US$750,000) to play for the Mumbai Indians in the IPL 7. He scored only two runs in his debut against the Kolkata Knight Riders before being bowled by Sunil Narine. He bowled three overs and gave up 33 runs with no wickets.

Corey Anderson won his first Man of the Match award against Kings XI Punjab on May 3, 2014, when he bowled Cheteshwar Pujara and scored 35 runs off 25 balls.

Anderson led his team, the Mumbai Indians, to the playoffs on May 25, 2014, against the Rajasthan Royals, scoring an unbeaten 95 off 44 balls with Mumbai chasing the total of 190 in only 14.3 overs to qualify for the playoffs with a better net run rate.

Anderson contributed with his bat in the earlier games of IPL 8, scoring two half-centuries in four games, but was ruled out due to a finger injury.

He was purchased for one crore by the Delhi Daredevils team for the 2017 Indian Premier League in February 2017.

We hope this biography article of Corey Anderson will be helpful for you to understand his journey and works.