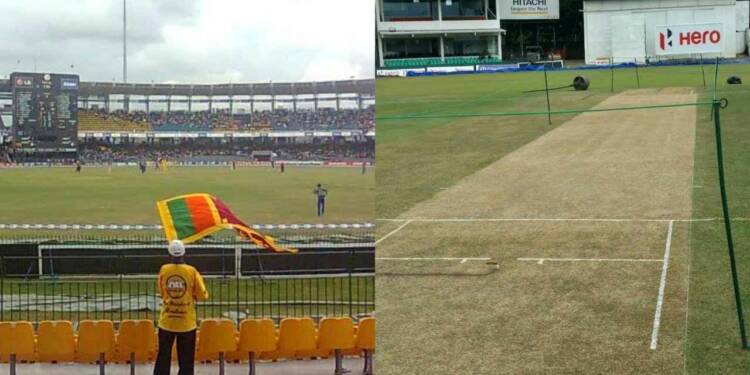 R Premadasa International Cricket Stadium (RPS) also known as Khettarama Stadium, Ranasinghe Premadasa Stadium or simply as Premadasa Stadium. This stadium is a cricket stadium which is located in Khettarama Road, Maligawata, Colombo, Sri Lanka. The stadium, was inaugurated in June 1994, was known as the Khetarama Cricket Stadium and today it is one of the main venues where the Sri Lankan cricket team plays, having hosted over 100 One Day Internationals.

R Premadasa Stadium is Named after of the late President of Sri Lanka, Ranasinghe Premadasa, who championed the development of this 40,000-seat concrete bowl, the largest stadium in Sri Lanka. Opened on 2 February 1986 with a match between the Sri Lanka ‘B’ team and the England ‘B’ team, the stadium was built on marshy land previously used by monks who lived at the nearby Khetarama Temple.

For the preparation of the 2011 Cricket World Cup the Premadasa Stadium underwent a reconstruction project. The stadium has been undergoing extensive renovation since 2009. Its seating capacity has increased from 14,000 to 40,000, the media-box accommodates 200 journalists, and other upgrades. The renovation cost for Sri Lanka Cricket stadium is $8 million.

Pitch of the R Premadasa Stadium: In July 2010, a report filed by ICC pitch consultant, Andy Atkinson, expressed concern over the condition of the outfield and the progress of the pitch, claiming that he was concerned about the slow pace of progress. Although none of the stadium buildings were near completion.

The main four public stands were refurbished along with the player dressing room area and corporate box. There is a VIP car park at the northern end of the ground.

Pavilions A and B are fully furnished with seating in two levels, lower and higher. Several corporate boxes have been built in these two stands. R Premadasa Stadium consists of pavilions C and D with a two-tier seating arrangement between the scoreboards.

The lower levels have concrete paving allocated for floor seating and the upper level consists entirely of standard seating blocks. The grandstand and top-level block above the player pavilion have enhanced the quality of the seating. Pavilions A and B give a moderate view of the scoreboard while the Grandstand gives a good view of not only the scoreboard but also the game and the pitch.