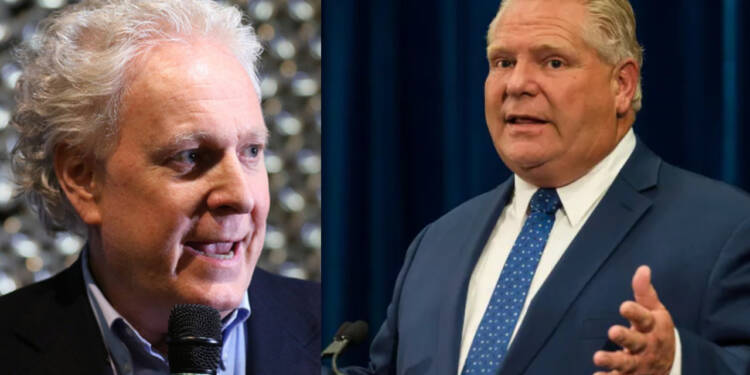 ‘Left-leaning conservatism’- ever heard of this term? This phenomenon is seeing the light in Canada. Trudeau’s puppets are leading the Conservative provinces. Yes, you got that right. Mr Trudeau is using conservative leaders in Canada as pawns in ‘anti-Trudeau’ provinces.

Canada’s conservative provinces have given the Liberals a lot of leeway. A lot has changed in these provinces, with the conservative leaders going through a makeover from hardcore conservatives to Trudeau’s pawns.

Some conservative leaders have made it a whole new ballgame in Canada. They seem to have changed their minds recently about Justin Trudeau. In the garb of being hardcore conservatives, they are avid liberals. Trust your ears when we say this!

You see, Doug Ford, Ontario’s premier and the leader of the Progressive Conservative Party, is a liberal at heart. Reports say that Justin Trudeau and Doug Ford have friendly ties. For instance, Trudeau and Doug Ford teamed up to announce support from the federal and provincial governments for a $3.6 billion investment in facilities in Windsor and Brampton for the production of electric vehicles.

But most importantly, Doug Ford served as a puppet when Trudeau imposed the emergency act in February this year, allowing the government to take extreme measures against those participating in the Freedom Convoy. 39 trucking companies were shut down by the Ontario Ministry of Transportation following the federal government’s crackdown on protesters. This clearly shows how Trudeau is using Doug Ford as a pawn in the province of Ontario.

Moreover, when Mr Trudeau enacted emergency measures to put an end to protests that have disrupted trade and shut down the nation’s capital, Ontario’s conservative premier, Doug Ford, stood in his support.

Well, the conservative flank in Canada is not running short of Trojan horses. You see, not just Ford, but premiers like Jean Charest are also a threat to the unity of the conservative base in Canada. He is the biggest threat to creating a split within the conservative party. Why? He represents a milquetoast version of conservatism in the past that most conservatives would surely never want to experience again.

During his tenure as Quebec’s premier, he has made every move that conservationists despise. He raised hydro rates and auto insurance premiums; imposed a carbon tax on local businesses, opposed ending the federal gun registry and contemplated setting up a costly provincial one, hiked university tuition fees; and initiated provincial, Kyoto Accord-like targets.

The Conservative flank in Canada is full of Red Tory leaders. But now it’s high time for conservative provinces to be a breeding ground for Trojan horses. They are just being used by the rockstar prime minister, Trudeau is splitting the conservative base in these provinces because he very well knows that they are home to swing voters.

Read More: Every conservative province in Canada to go broke, thanks to Trudeau

However, Trudeau has recognised the danger and is positioning his pawns to disrupt this unity. Conservatives must get rid of these Trojan horses, who will undoubtedly hinder their future victories. Otherwise, the liberal poster boy will have an easy time playing his game!

UK drops a bombshell on 50,000 Ukrainians