UK drops a bombshell on 50,000 Ukrainians

50,000 Ukrainians might soon have to flee the country for greener pastures (that currently don't exist) 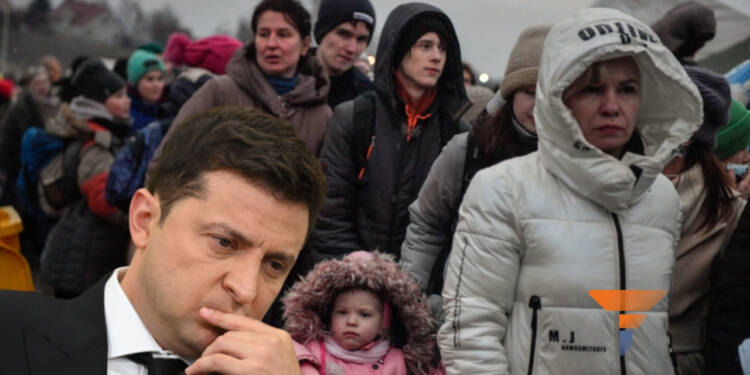 Since the beginning of the Russian invasion of Ukraine earlier this year, millions of Ukrainians have been compelled to escape and seek refuge in nearby countries. Many nations responded with emergency arrangements for the incoming immigrants and also relaxed their visa requirements.

One of such nations was the United Kingdom. The UK introduced a visa scheme for those Ukrainians who had their relatives already residing in the country. But the scheme was quickly reformed after heavy backlash. Now, any Ukrainian could enter UK and find shelter in any home wherever enough space was available.

It was referred to as the “Homes for Ukraine” programme, and millions of Britons actively signed up to provide housing.

According to government statistics, approximately 115,000 Ukrainians have entered the UK under its immigration programmes, and roughly 83,900 refugees through the “Homes for Ukraine” programme.

Sponsors or the people who signed up to provide housing to the Ukrainians agreed to provide accommodation in their own homes for six months in return for the government incentives. They were paid £350 a month.

Those six months are now coming to an end and the sponsors, who once housed the Ukrainians, are waiting to show them the exit door.

Without an alternate place to stay, the Ukrainians will become homeless. According to a children’s charity Barnardo’s, between 15,000 and 21,000 Ukrainians may not have a place to live by the winter and more than 50,000 by the middle of the next year.

This is also an effect of Boris Johnson losing grip over 10 Downing Street. It’s evident how his pro-Ukraine policies have backfired miserably and dealt a huge blow to his political career.

According to an organisation called Refugees at Home, the number of Ukrainian refugees getting homeless may potentially be greater due to a number of challenges, such as rising energy costs, skyrocketing inflation and rising mortgage rates.

According to an analyst at the U.S. bank Citi, British consumer price inflation is expected to reach a peak in January of 18.6%, which is more than nine times the Bank of England’s target.

The last time consumer price inflation exceeded 18% was in 1976.

Now, the fate of the Ukrainian refugees now hinges on the upcoming administration. However, it is understandable that they would refrain from following his predecessor’s pro-Ukraine line and prioritise the interests of their own citizens first.

Talking about 50,000 Ukrainian getting homeless, housing secretary Lisa Nandy said: “These shocking numbers reveal the scale of the crisis about to hit refugee families.”

Nearly a quarter (23%) of sponsors stated they would only be housing a refugee for six months or less owing to financial constraints.

38% of those who answered the question said that they’d only house the refugees if help is provided by the government.

Lord Harrington, the minister for refugees, said last week that to address cost-of-living problems, monthly payments to UK sponsors should increase to £700 from £350 after six months. However, Harrington lacks the authority to implement anything of this sort, and the Treasury understands the financial woes and has so far refused.

Hence, the future of Ukraine’s refugees looks very grim now. They may either be deported to Rwanda with which UK has reached a deal to house asylum seekers or they might soon live a life of a hobo. They can’t return to their homes in Ukraine as the war continues to devastate homes and livelihoods in Ukraine.