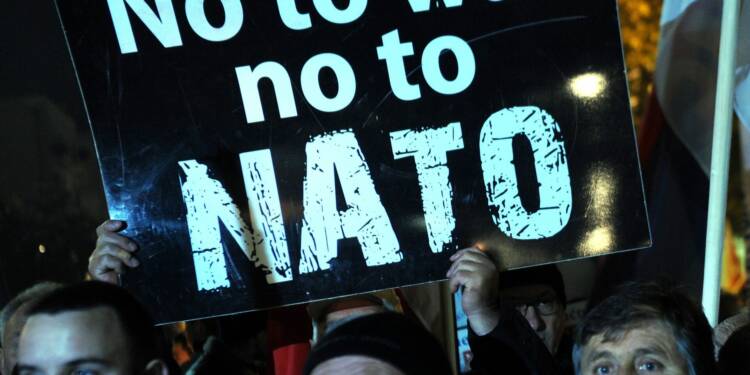 When the war in Ukraine broke out, the US military-industry complex saw it as an opportunity.

The war became a tool for the US to lobby for the efficiency of its weaponry, and war soon turned out to be a business.

However, a recent leak of classified documents will spell doom for the US military-industrial complex. The picture it reveals is otherwise.

A recent data breach of classified military documents has sent NATO into a panic mode. The data contains blueprints for the weapons that NATO countries are using in the conflict in Ukraine.

Operating on Russian and English forums, cybercriminals are selling 80GB of the stolen data for 15 Bitcoins (about 2.7 million euros), and they claim to have already sold the stockpile to at least one unidentified customer.

The hackers claimed to have “classified information about employees of companies that took part in the development of closed military projects.” The data also includes “design documentation, drawings, presentations, video and photo materials, contract agreements, and correspondence with other companies.”

NATO has already started assessing the leak and its impacts. A NATO spokesperson said, “We are assessing claims relating to data allegedly stolen from MBDA.”

The MBDA missile system is a major European weapons maker and was the source of the data leaks. NATO accepted that its data was among the stash being sold online. It revealed a compromised external hard drive through which data was leaked.

Implication of Data breach on US Military Industry Complex

A former Nato official has accepted the seriousness of the situation. He said: “There’s a lot of over-classification in Nato, but these labels matter. They are applied by the originator of the information, and NATO SECRET is not applied lightly.”

He continued, “This really is the kind of information Nato doesn’t want out there in the public,”

This will wreak havoc on the whole military industry of the US, as it’s the one who has supplied most weapons to the Ukrainian armed forces. The leaked data enlightens the world about the variety of weapons used by Ukraine in the war that contributed to its defeat against Russia.

Furthermore, Ukrainian soil has been used as a testing ground for new weapons by the US and its allies.

The Ukraine defence minister accepted last month that “Ukraine is now essentially a testing ground. Many weapons are now getting tested in the field in real conditions of the battle against the Russian army, which has plenty of warning systems of its own. “

Read more: Exclusive: Germany wants out of Ukraine war but Biden is blackmailing it with FATF

The US strategy to provide a large number of weapons to Ukraine in order to market them to the rest of the globe has failed terribly. The purpose of this marketing strategy was to demonstrate the efficiency of US weaponry and how could they be very beneficial for European countries against mighty powers such as Russia, but the weapons did not yield the expected results.

Time and again, the US tried to take credit for Ukraine’s small victories in the region. But eventually, the weapons that were sent to Ukraine failed miserably.

The highlight of the disappointment is the US M-777 lightweight “super cannon”.

The M-777 cannon was praised by the Ukrainian and Western media when it first arrived on the Ukrainian battlefield, which said that this was a weapon that would transform the battlefield and effectively suppress the Russian Army’s “outdated” artillery.

The M-777 artillery was “exposed” on the Ukrainian battlefield following the first “excitement,” and the rate of damage and destruction it suffered at Russian hands was much higher than the other artillery pieces. Savchuk, the captain of the Ukrainian army artillery company, accepted its failure.

Another example is Turkey’s Bayraktar attack drones, which failed to have any significant impact on the conflict with Russia.

Even Zelensky had accepted that Turkish attack drones “Bayraktar” do not play a decisive role in the war with Russia. “With all due respect, those or other drones can help but do not affect the result. Because there is a history of missiles, artillery, and air defence, “he said.

Another such example is the French Caesar’s self-propelled howitzers. And to top them all, is the US HIMARS missile. The Russian army destroyed the majority of them as soon as they were sent to Ukraine.

Now, the data leak has exposed the weapons that led to the defeat of Ukraine. In addition to seeing Ukraine as a “unique” location for advertising their armaments, the West thought that the Ukrainian battlefield would be the place where their supplied weaponry would “shine,” drawing in a large number of eager international buyers.

Do you think that international buyers would put money on weapons that led to the defeat of Ukraine? Well, surely in the cloud cuckoo land of the US.

Further, Russian weapons have already been in demand by several countries like India, Iran, and the African continent. As they have been proven efficient against US weapons, it would lead to a huge market development for them.

The US, which is reliant on a “war economy” is bound to face huge losses because of the embarrassment it faced in the Ukraine war. And the recent leak will only hasten its downfall.