A Viktor Orban moment is a given in Italy, and EU’s left-wing intelligentsia can’t believe their eyes 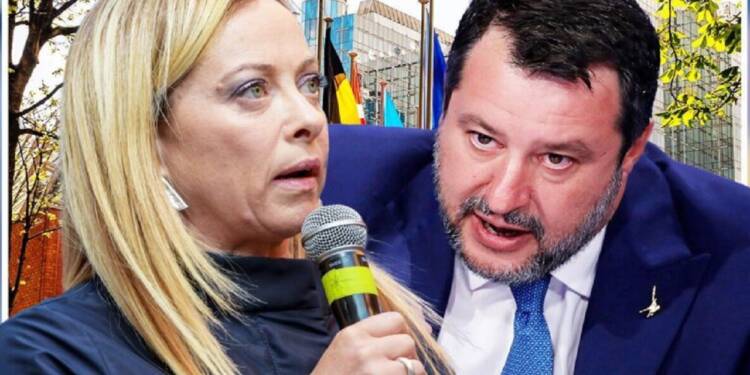 Mario Draghi losing power in Italy has sent shockwaves in the entire Europe. European leaders are worried that Italy’s turn towards right could spell doom for the European Unity.

Well, they must know that a Victor Orban moment is a given in Italy.

“Africa is not a colony”, Italy’s Meloni reads the riot act for colonizer Macron

The huge mandate of right-wing parties in Italy

At 29.5%, Enrico Letta’s left-leaning coalition headed by the Democratic Party comes in second. Third place goes to the populist Five Star Movement, which received 10.9% of the vote share, while the “Third Pole,” which included Matteo Renzi’s Italia Viva and Carlo Calenda’s Azione, may receive 5.9% of the vote.

To put things in perspective, Italian political party Brothers of Italy (Fratelli d’Italia) was founded in 2012. Few would have predicted that it would take the lead in the polls in less than ten years.

Giorgia Meloni, the dynamic head of the party, could have hardly imagined that one day her party would not only be the first party of the Italian Centre-Right alliance but of Italian politics in general.

A similar episode happened in Hungary a few months back. Viktor Orbán, the leader of Hungary’s nationalist “Fidesz” Party, was elected to a fourth term in a row. Compared to his success in the previous polls, Orbán’s victory was by a wider margin. Viktor, a fervent nationalist, took a pro-Russian stance during the conflict between Russia and Ukraine. And the Hungarians seem to have accepted his position, as evidenced by his resounding victory.

Hungary, a member of the EU and NATO, has adopted a stance that may be seen as anti-EU under Orbán’s direction. Furthermore, the EU has responded harshly to his conservatism by imposing sanctions. For instance, Orbán passed the “Stop Soros” bill, which would make it illegal to assist anyone in applying for asylum, as a result of his fixation with George Soros’ operations in Hungary. The EU was miffed by this law.

Additionally, the contentious LGBTQ bill that Hungary enacted in 2021 forced the EU to file a lawsuit against the law in addition to receiving the organization’s vehement condemnation.

But the main factor in the EU’s criticism of Orbán is the latter’s strong association with Vladimir Putin of Russia. Recently, Orbán has bragged about his strong ties to Russia.

Brussels has been at loggerheads with Hungary ever since Budapest used its veto to stop the oil embargo on Russia to protect its need and requirements. Hungary is being sued by the European Commission at the European Court of Justice over an LGBTQ law and a decision to revoke the broadcast licence of the last independent radio station in the nation.

Budapest has already abolished EU Parliament through a law which will limit the European Parliament’s capacity to pass rules that would impact Hungary. The law will shield Hungary from EU Parliament dictatorship.

Also Read: Hungary is a few billion dollars away from leaving the EU

Before the right-wing parties will have risen to power in Italy, European Union is trying its best to subvert this impending political tide.

Iratxe Garca, the leader of the Socialists and Democrats in the European  Union Parliament (S&D), told EURACTIV Italy that progressive parties in Italy should work together to avoid the rise of the extreme right because it would erode Europe’s solidarity in the face of Russian aggression.

Garca added, “That would further undermine our EU founding values of equality, democracy and rule of law, and it would weaken the much needed unity and solidarity in face of Putin’s aggression, due to their nationalist agenda.”

Well, the interference of European Union and its MEPs into Italy’s matters will hurt its upcoming government. Well, Italy has had enough of EU’s diktats and it is not ready to adhere to EU’s whims and fancies to undermine its own democracy and rights of its own citizens.