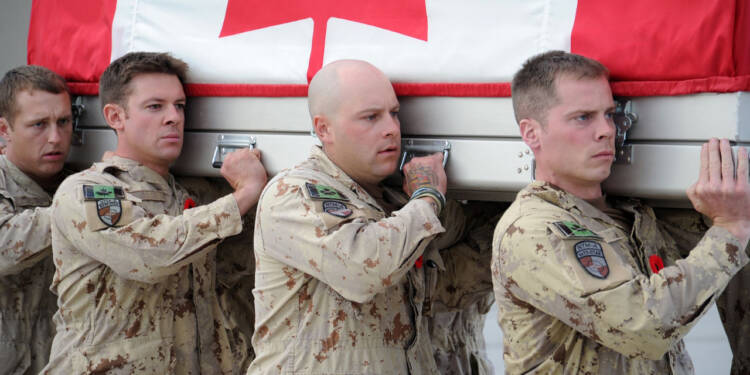 It’s been one year since the American troops withdrew from Afghanistan which led to the fall of the democratic government in Kabul in August. The ensuing chaos and atrocious measures still continue and haunt Afghans.

In 2001, former Canadian Liberal Prime Minister Jean Chrétien gave his approval for Canadian military forces to engage in the war.

As the conflict was deadly, it is imperative to consider the feedback of the military, diplomatic corps, and humanitarians.

However, the Canadian authorities consistently obstructed the release of hundreds of interviews with members of the Canadian military and government insiders who participated in a review of their role in the conflict.

Washington Post, an American daily newspaper, under the Freedom of Information Act (FOIA), won access to more than 600 confidential internal interviews with Canadian military and federal experts who played a direct role in the war.

Read More: Conservative flank in Canada is full of trojan horses, and it’s high time to get rid of them

The Afghanistan Papers detailed how American officials hid evidence demonstrating that the 20-year NATO campaign made no progress and had no clear end goal while making optimistic statements they knew to be untrue.

Following the military’s withdrawal from Kandahar, the conservative Stephen Harper administration conducted similar interviews and round tables as part of an internal exercise between 2011 and 2012. Reports of about 500 confidential interviews with the Canadian military, foreign service, aid workers and other government civil servants about their experience in the war in Afghanistan have since come to light.

The following liberal governments, however, kept the details of these interviews under wraps and off-limits to the general public for more than 10 years.

The Trudeau Club – No Signs of Declassification

There is no contradiction to the fact that the US involvement in the war was much more than that of Canada. Therefore if Washington has declassified essential information then so should Ottawa, unless the ruling PM Justin Trudeau has something to hide.

Knowledge of the interviews had not even been made public till the internal evaluation was first brought to light in 2017 by author and scholar Stephen Saideman, who learned about the government’s attempt at a review through rumours circulating “in various bars” of Ottawa’s ByWard Market.

The summary received was without dates and confirmed interviews and round tables with “over 500 participants” from Canadian government agencies as its principal data collection method. Shockingly, the summary avoids mentioning civilian deaths that have been attributed to the post-9/11 wars in Afghanistan, Iraq, Syria and Pakistan.

It looks like the Trudeau administration fears the release of original documentation and has forwarded a summarized version of the whole event so as to avoid further scrutiny. It is a classic example of one liberal leader saving another.