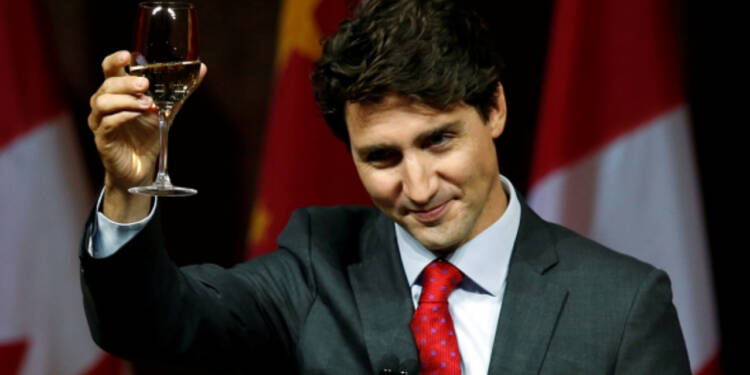 What if happy hours in Canada come to a halt altogether? Or what if you are asked to bring your drink size standard to zero? Worry not Canadians, luckily you live in Trudeau’s Canada. You live in a country where the Prime Minister prefers risking the lives of the citizens rather than imposing limits on their drinking habits. So, you are free to uncork your favourite bottle- perhaps the one you’re savouring right now.

The ‘rockstar’ prime minister of your country will never ask you to get away with your boozy ways, even if it kills you. You see, alcohol is the new cigarette– savoured by many, socially accepted and cancer-causing. So, just keep on savouring your favourite booze and die of cancer because otherwise too, living in Trudeau’s Canada is nothing less than a hell hole.

However, the Canadian Centre on Substance Use and Addiction (CCSA) has proposed an overhaul of Canada’s decade-old drinking guidelines which warns of increased health risks from as few as three drinks per week and calls for mandatory labelling of all alcoholic beverages.

Whereas, countries like the Netherlands believe that zero is the best. They basically say, but if you choose to drink then stop after one. However, if you live in Canada you’re not entitled to any of such restrictions. Factoring in Canadian drink size standards, that translates to: Stop after three-quarters.

Read More: Conservative flank in Canada is full of trojan horses, and it’s high time to get rid of them

According to the Ottawa-based centre, the risk is minimal to low for two drinks per week, moderate for three to six drinks per week, and gradually significant over that. Now, this is a stark shift from the current guidelines, which limit alcohol use to 10 drinks a week for women and 15 for men.

According to the CCSA, alcohol is increasingly acknowledged as a risk factor for an expanding variety of diseases, which claims that a review of more than 5,000 peer-reviewed papers demonstrates that even very tiny doses of alcohol can be detrimental.

The CCSA says, this includes at least seven different types of cancer, and alcohol is to blame for roughly 7,000 cancer-related fatalities each year. Cancers of the rectum, mouth, throat, liver, oesophagus, and larynx are listed as the next most common types of cancer after breast and colon cancer.

Drinking three beers a week increases your risk of developing breast or colon cancer while sipping a daily glass of wine can make you more likely to develop heart disease and increases your chance of having a stroke, according to a new report highlighting the health risks of even moderate alcohol consumption.

According to the report, to be at low risk of suffering negative, acute and/or long-term health outcomes from drinking, a person should consume, on average, just zero to two standard drinks a week. Now, few might ask what is a standard drink. So, let us help you make one.

You need to take a measuring cup and pour some wine into it. Up to the five-ounce (or 142-millilitre) mark, which is typically about 12% of alcohol. Now transfer that amount to your wine glass. Does it look like a standard drink to you or will you prefer your glasses to be overfilled too many times on too many days?

Well, despite having severe health risks, the Canadian government is pushing its countrymen to consume more of it. You see, In a national survey during the first COVID-19 wave, 18% of Canadians admitted that they were drinking more than they did before the lockdown – citing the lack of a regular schedule and boredom.

Now, it might sound strange but at times when schools and offices, stores and restaurants were shut down, liquor stores, deemed “essential,” remained open. Liquor stores, alcohol producers, wholesale stores that sell beer and wine to providers as well as cannabis stores and producers were all in the list of the essential workplace.

Public health officials also applauded this move, saying it might help stop social unrest from erupting and even save lives.

Well, is that happening? The data surely say otherwise.

You see, closing liquor stores would have caused a significant loss of revenue to provinces at a time when public-sector spending was increasing exponentially. Therefore, your government considered classifying them as essential but did nothing to educate Canadians and remind them that alcohol is no ordinary commodity to hoard. It is harmful to your health!

Alcohol is an expensive and dangerous habit. It surges the tallies of deaths, accidents, illness, lost productivity and whatnot. But, the Canadian government is over-empathetic and extra generous to understand that parties of the addicted drunkards’ lot in Canada will be dried up. It understands that alcohol only gets the party started and keeps it going.

So worry not, Canadians the government will not place a cap on your fine night.