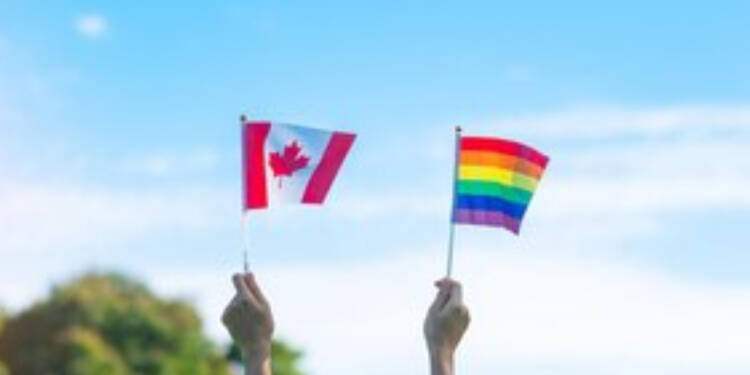 Canada and the Western world are quickly turning into countries of reprobates. The youth of these nations are transitioning into transgender identities at an alarming rate. This undoubtedly poses an existential danger to conventional societal practices.

The transgender agenda has been vigorously promoted by the governments of Canada and other western countries, but not because these rights are actually being fought for; rather, there is a powerful conspiracy at work behind this movement.

Nevertheless, the Trudeau government in Canada has been unintelligible in pushing forward for the rights of these transgenders.  The government is not just talking about the rights of transgender people, in fact, it is pushing minors in Canada to take a decision at a very young age to decide their gender identity. As a result, these minors are reportedly rushing into decisions that can be difficult to reverse as they mature and evolve.

Given that a disproportionately high percentage of “vulnerable children” are identifying as transgender, a transgender activist from British Columbia urged parents that they need to pay more attention to what’s happening in Canadian schools.

According to alarming data from British Columbia, half of the 1,000 juvenile patients treated by the top gender psychologist in the province come from the foster care system, according to Jenn Smith, a British Columbian transgender activist, and advocate for child safety.

The “unquestioning affirmative approach” used in Canada assumes that young people who identify as transgender are transsexual fully and permanently. In contrast, practically every other clinical contact involves the application of established methods for diagnosis and assessment.

It may not be good for Canada’s demographics that a growing number of youngsters are undergoing therapy for gender transition so easily. The demographic situation in Canada is already serious as the number of young people grows smaller. Additionally, allowing minors to change their sexual orientation even without parental consent could have far-reaching effects.

Despite these impacts, the Liberal government has been pushing forward its woke agenda. Lately, the Trudeau government also pitched in a five-year, $100 million initiative to support 2SLGBTQI communities across the nation further the issue. But the question is why such initiatives are being motivated around Canada and the Western world. Well, we believe there is a strong conspiracy behind this.

You see, international forums like the “World Economic Forum (WEF)” are ruled by the elites like Klaus Schwab, the founder of the WEF. His support for the transgender community cannot be underestimated.

The international LGBT lobby has ties to the WEF, which was established in 1971. There are a lot of articles in the LGBTI Inclusion area on the WEF website. Additionally, the WEF assists LGBT interest organisations in connecting with businesspeople and politicians at the Davos summit. The WEF sponsored two rounds of discussions with members of the media, businesses, colleges, and LGBT organisations in January 2020 under the themes “Free to Be (LGBTI)” and “LGBTI Rights and the Role of the Private Sector.”

Given that forums like WEF encourage youth to have transgender treatment, there is undoubtedly a woke agenda at work in these spaces.

You see, these minors undergo a variety of physical and psychological changes when they receive hormonal therapy as part of the gender reassignment procedure. When given to male adolescents, these hormone drugs diminish male aggression and sexual behaviour. As a result, they develop femininity as a natural trait and become less aggressive and even lose their natural zeal.

Oh, snap! This is precisely what the elites in charge of international forums like the “World Economic Forum (WEF)” want to accomplish. And now that groups like the WEF themselves promote the gender conversion agenda, eyebrows are naturally raised because they are attempting to indirectly influence developed countries like Canada by endangering their demography. In nations like Canada and the US, this tendency is simple to spot.

The use of these children as tools to seize control of the developed world by a small group of powerful individuals who dominate international forums is therefore extremely clear.

Therefore, the current Canadian government and the western government should possibly drop their woke agenda and instead implement well-considered measures to change Canada’s demographics and assist kids who are struggling with these natural problems before it’s too late.

A false promise made by US and Canada that devastated Europe