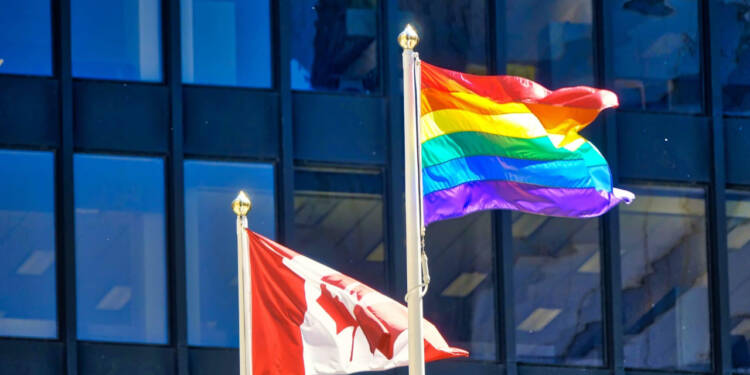 The three essential needs for any individual’s survival are always access to food, shelter, and education. Being devoid of any of them can have a significant impact on a person’s physical and mental development, which in turn has an impact on a nation’s growth and economy because human development is correlated with national development. But Canadian Prime Minister Justin Trudeau is unable to grasp this fundamental understanding of development and growth, and as a result, he appears to have established his objectives.

Recently, Trudeau launched a five-year, $100 million initiative to support 2SLGBTQI communities across the nation, describing it as a historic first.

Trudeau touted the plan as the first such federal initiative of its kind and said it demonstrates the government’s commitment to fighting discrimination and supporting diversity.

“This will guide our ongoing work to fight discrimination, break down barriers, advance rights and build a future where everyone in Canada is truly free to be who they are and love whom they love,” Trudeau said.

Crisis in the Canadian economy

However, the Canadian economy is currently in ruins. Almost every industry is having problems, from the housing crisis to the gas issue. And it’s all because of federal government policies and regulations. The Liberal Government under Prime Minister Justin Trudeau’s leadership has not been good for the Canadian economy. Shockwaves have been felt throughout the whole economy as a result of the Covid crisis’ egregious mishandling. Canada’s public debt is at record highs and is currently at its third-highest level since World War II.

Read more: Data shows consumers in Canada have gone broke over the past 7 months

In addition, Prime Minister Trudeau’s government has increased per-person debt by 35.3 per cent since 2015. The Liberal government’s policies are neglecting the principles of sustainable development and are pumping an unreasonable amount of money into the economy by raising debt whose burden will have to be incurred by successive governments and future generations.

Canada recorded a Government Debt to GDP ratio of 117.80 percent in 2020. Now, this figure is alarming for Canada, or simply put, a ticking time bomb for its economy. A debt-to-GDP ratio of 60% is quite often noted as a prudential limit for developed countries. In Canada’s case, the figure is exactly double the desired threshold.

Read more: All SMEs to go bankrupt in Canada

The housing problem in Canada is also a continual topic of discussion; sky-high prices combined with high rates of inflation and household debt are a prescription for disaster. Food insecurity looks to be increasing as incomes remain stagnant and inflation affects food prices as well. It clearly has a disproportionately negative impact on Canada’s most vulnerable populations, including its youngest and poorest citizens.

Trudeau, though, tends to ignore each of these problems. He appears to have prioritised his objectives incorrectly once more.  Trudeau’s five-year, $100 million plan to support 2SLGBTQI communities across comes at a time when his nation is reeling through other server crises and he completely ignores the pressing demands. Certainly, Trudeau has other priorities set.

We acknowledge that the development of the 2SLGBTQI population is a crucial problem, but for the time being, this can wait as Canada’s economy demands well-considered, goal-oriented policy measures. And obviously for Canadians to live better lives, Trudeau needs to invest more in the housing and food crises, among other issues. Nonetheless, the government of the day bears responsibility for what happens or fails to happen, on its watch.