All SMEs to go bankrupt in Canada 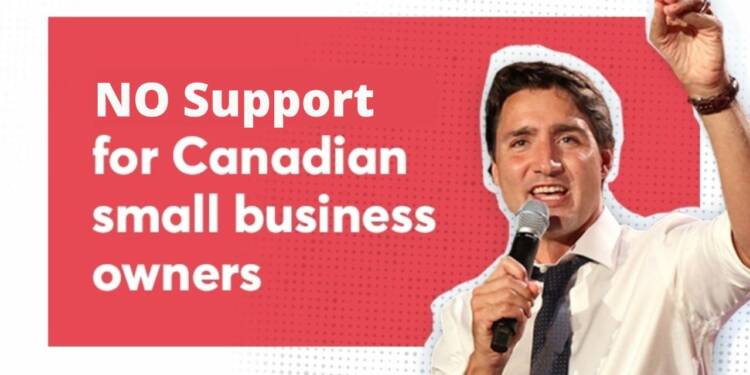 With a policy that has everything in it to take a country’s economy to shambles, Prime Minister Justin Trudeau’s administration is unveiling the all-new ESG rules. However, this is not the first time that Trudeau has proposed such a policy. Trudeau is a champion of ludicrous ideas and this time, it’s the Canadian SMEs who would face the brunt of their Prime Minister’s incompetence.

Trudeau has sent a shockwave to the business sector in Canada. The International Financial Reporting Standard (IFRS) has proposed a new accounting regime based on the concepts of ESG— Environmental, Social and Governance— that the net-zero gang is working to impose on all Canadian SMEs in the coming year or two.

According to the new regulations, every company must be able to prove where every good or service it sells comes from, how many emissions it produces, and how many emissions it will probably produce in the future depending on who buys it and how they use it, among other absurd requirements.

Well, no matter how pleasing this policy would be to the Trudeau government but to the Canadian businesses (SMEs), it’s nothing but a full-blown catastrophe. Imagine a tiny grocery store with only four employees attempting to trace the origins of every item they sell, the associated carbon footprint, emissions when it is utilised by a downstream party in the value chain, and whether the product was produced in a region with a high water stress level, etc.

A huge company, let alone a tiny one, will not be able to handle this. And it is to be noted that about half of all businesses in Canada have fewer than five employees. So you see, how hard Trudeau is making it for businesses to survive in Canada with his irrational climate alarmism.

Businesses who are aware of the danger of these proposals generally write them off as impracticable. These irrational policies are a tragedy inflicted on them.  But, in the rush to prove his loyalty to progressives throughout the globe, Trudeau would surely ignore the complaints of these business owners.

You see, even the reported drop in emissions brought on by pandemic-related shutdowns was insufficient to reach the unrealistic environmental goals that liberal fanatic Trudeau keep forcing on Canadians to “save the earth”. Doubtless, Trudeau’s climate change appetite would only be fulfilled when pigs fly!

Technically, a country should help its businesses if it is attempting to recover from a pandemic-induced slump. However, things are different in Canada. Business accessibility is nonexistent in Trudeau’s banana republic. The federal government has made sure that Canadian SMEs never prosper by enacting authoritarian federal legislation.

Read More: Canadian provinces that Trudeau plans to destroy in the next 10 years

Canada should learn from nations such as India and Russia, who have no intention of imposing this stupidity on their economies. For instance, amid the pandemic, India boosted its stimulus programs in an effort to safeguard businesses and employment.

It’s heart-wrenching to know how Trudeau is actively indulging in anti-development activities that hamper the growth of his own nation. Make no mistake, such a policy will destroy the growth of the businesses in the Canadian environment ergo, they are now all set to bid adieu to the country. In order to garner unwarranted praise from wokes around the world, Trudeau wants to present himself as a progressive liberal prime minister, even if it means endangering the lives of the people in his country.

Collection of 26 Love is in the air quotes and captions