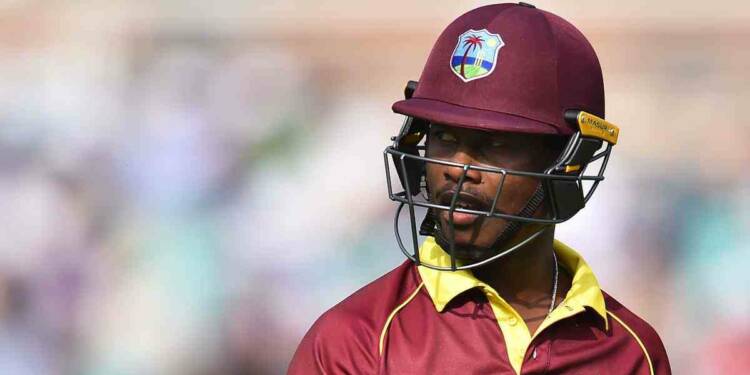 Cricketer Jason Mohammed represents West Indies internationally. He was born on September 23, 1986. He competes for Trinidad & Tobago in both List A and first-class cricket. In this article we are going to talk about the biography, career, notable works, game and family of Jason Mohammed so read the article till the end.

Jason Mohammed is an international cricketer and he played so many games for country, state and clubs this biography article is incomplete without talking about his career. So here you will gain info about his achievements and life story.

Mohammed is a hard-hitting middle-order right-handed batsman who also occasionally plays off-spin. He debuted in first class in 2006 and competed for West Indies in the Under-19 World Cup. He has since participated in the majority of T&T’s first-class games. Before playing his second ODI almost four years later in 2015, he made his ODI debut against India in Chennai in 2011.

Jason played a significant role in the West Indies’ successful pursuit of the greatest total in their cricket history on April 6, 2017, scoring 91 runs while remaining unbeaten. West Indies’ historic victory was sparked by Mohammed and Ashley Nurse, who needed 128 from 13 overs. He received the Man of the Match award. He led the West Indies as their ODI captain for the first time on September 29, 2017, against England.

Mohammed was chosen to lead the West Indies team for their Twenty20 International (T20I) series against Pakistan in March 2018.

Isuru Udana was replaced by Mohammed when he joined the St. Kitts and Nevis Patriots in August 2019. He was included in Trinidad & Tobago’s roster for the 2019–20 Regional Super50 competition in November 2019. Mohammed recorded his eleventh first-class cricket century in February 2020 during the fourth round of the West Indies Championship.

Mohammed was chosen to lead the West Indies’ ODI team for their series against Bangladesh in December 2020.

Jason Mohammed entered the worldwide conversation as a result of some impressive performances in the Caribbean T20 competition. The T&T List-A and First Class team eventually gave him a permanent position.

Jason Mohammed, a potent ball striker with some off-the-bat ability, was chosen over Devendra Bishoo to represent the West Indies on their 2011 tour of India. The same year, after dominating the run-charts in the Regional Super 50 competition, he also won the Richie Richardson Trophy.

Despite having trouble maintaining a regular berth in either the ODI or T20I teams, Mohammed was called upon as captain in Pakistan in 2018 due to the absence of numerous experienced players, and he was again given the reins in Bangladesh in early 2021 under similar circumstances.

He had previously led the ODI team against England in a dead-rubber match in late 2017.

It was difficult to see him play in his first ODI against India in Chennai. Jason was only able to manage 2 off of 21 balls and fell out of favour for the following four years.

His second One Day International occurred in Colombo in 2015 against Sri Lanka, and he didn’t play again for the team for the following 1.5 years.

Since making a comeback against England at North Sound in March 2017, Jason has been a regular in the lineup.

In April of the same year, he played his first T20 International against Pakistan in Port of Spain.

We hope this biography article of Jason Mohammed will be helpful for you to understand his journey and works.