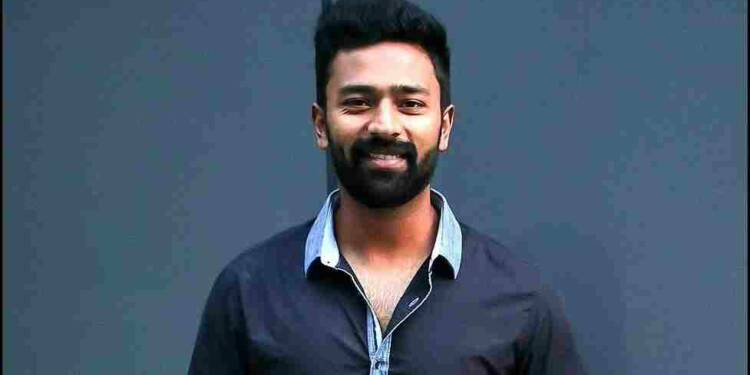 Actor Shanthnu Bhagyaraj is predominantly seen in Tamil movies.  He was born on 24 August 1986 to actors K. Bhagyaraj and Poornima Bhagyaraj. In this article we are going to talk about the biography, career, notable works, films and family of Actor Shanthanu Bhagyaraj so read the article till the end.

Looking at his career, he is not a successful actor despite having a good fan following.

After Sakkarakatti in 2008, Shanthanu Bhagyaraj starred alongside Mohanlal and Nithya Menen in the Malayalam film Angel John as a suicidal teenager who is saved by an angel in the next year. Despite having a famous cast, the movie and Shanthanu’s performance got mixed reviews and did poorly at the box office.

After the Telugu version of Love in Hyderabad was shelved due to the failure of the Tamil version, his father’s bilingual directorial effort Siddu +2 was his next release.

His succeeding movies, such as Aayiram Vilakku and Thangar Bachan’s Ammavin Kaipesi, and Vaaimai, received bad reviews and underwhelmed at the box office even though Kandaen garnered favorable reviews and a strong opening.

He co-wrote and starred in Vaanam Kottattum in 2020. He appeared in Thalapathy Vijay starer Master as well. Following Kasada Thapara by Chimbu Deven, he starred in the adult comedy Murungakkai Chips.

As he started his career at an early age, acting became his first love and he had a fondness for acting. His personal life is however not known to the public but we can surely say that he is not a traveler, not a player, not a fitness freak but a common man who likes to stay busy doing his own business.

Critics praised him many times for his acting skills which is probably comes from his parents to him. Even though he is not very successful in the business but has done many films. He is very popular on social media and has a large fan base.

Who is Shanthanu bhagyaraj wife?

An Indian actress, video jockey, and television host by the name of Keerthi Vijay primarily appears in Tamil movies and TV shows. She is most known for her part in the “Namma Ooru Coloru” Tamil TV series. She is popularly known as Kiki and is the daughter of popular choreographer Jayanthi Vijayakumar.

When did Shanthanu get married?

Who is the Father of Shanthanu Bhagyaraj?

His Father Krishnasaamy Bhagyaraj is a director and actor who primarily works in the Tamil cinema industry. Additionally, he has written and directed TV shows and movies in Telugu and Hindi. He has appeared in more than 75 films as an actor and more than 25 as a director. For Mundhanai Mudichu, he received a Filmfare Best Actor Award. He was given the SIIMA Lifetime Achievement Award.

We hope this biography article of Shanthanu Bhagyaraj will be helpful for you to understand his journey and works.