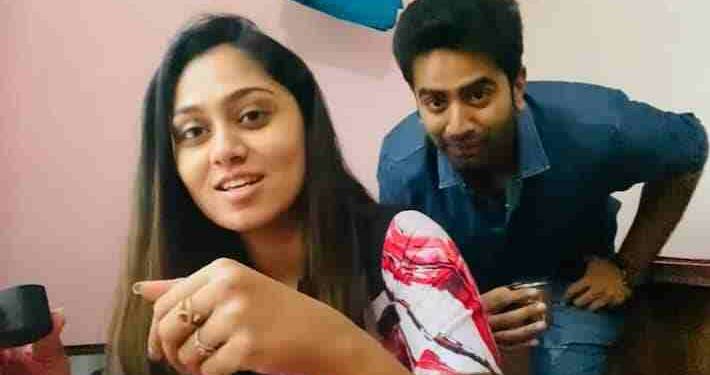 Sreethu Krishnan, an Indian actress who works in Tamil and Malayalam television, was born on May 2, 1999. She made her Vijay TV debut in the 7C TV series. In this article we are going to talk about the biography, career, notable works, films and family of Sreethu Krishnan so read the article till the end.

She is recognized for her roles as Aleena Peter in Ammayariyathe and Indira in the television series Aayutha Ezhuthu.

She is a well-known social media user from India who became well-known through the lip-syncing video app TikTok. Currently, she is popular on Instagram.

She was given the chance to appear in the Tamil-language “7c” series on Vijay TV. She played a student in that serial, and as a result of her commitment and perseverance, she began to gain notoriety in the television business.

Sreethu Krishnan also been interested in dancing from her infancy. Through the renowned film choreographer Kala Master, she acquired skills in both western and traditional dance. She additionally took part in the kids’ dancing performance on Kalaingar TV’s Odi Vilayadu Pappa. Together with Vishal, Sreethu took part in the Zee Tamil shows Dancing Khilladies and Jodi Fun Unlimited Show.

She then appeared in a short film that was broadcast on television under the “Vijay Chithiram” banner. The short film’s title was “Mari,” and Sreethu performed the main role.

She was given her first acting opportunity in a lead part in the 2017 film Rangoon. She made her acting debut in the movie Rangoon, yet she never failed to dazzle the public or fans. Many people praised her performance in that film, which was a big success. She and Vikram collaborated on the film 10 Engrathukula.

Sreethu Krishnan attended St. Francis Xavier Anglo-Indian Higher Secondary School in Chennai after being born in Ernakulam, Kerala, and completing her education there.

She graduated from Chennai’s Ethiraj College for Women with a BA in Economics. She was pursuing her Post-Graduate in Economics (distance education).

She is quite popular on Instagram and has over 500k followers. She has posted over 500 times since she joined the platform and her account can be reached at sreethu_krishnan.

She debuted in the films in 2015 with 10 Endrathukulla.

Her Other Films are Rangoon, Iruttu Araiyil Murattu Kuththu, Burst out.

Sreethu is a trained classical and western dancer who works professionally.

She has taken part in a lot of dance programs.

She resides in Chennai, India, at the moment.

She was raised as a Malay and now identifies as a Tamil woman.

We hope this biography article of Sreethu Krishnan will be helpful for you to understand her journey and works.