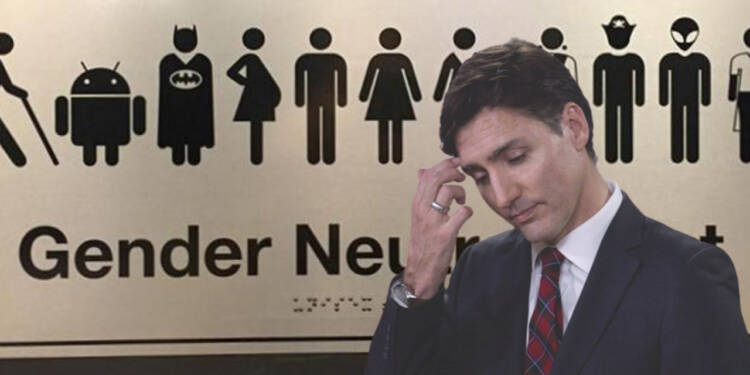 In the name of ’21st-century buildings for 21st century education’, Saskatchewan has witnessed a wave of Liberalism. We know how Trudeau has his eyes set on one of the strongest right-wing camps in Canada. And he has been furthering his political agenda in the province.

It all started sometime back when Trudeau developed some suspicious plan to breach the impregnable fortress called Saskatchewan.

He knew very well how to inculcate liberal ideas in a conservative province. You see, he used ‘academia’ as a tool. He knew the best way to get into that is through constructive programming that will start with the young minds of the province. But, now it’s time for Saskatchewan to free itself from Trudeau’s clutches.

What if you were asked to use a gender-neutral washroom? You might feel unsafe or embarrassed to use them. Or what if you get an education on transgenderism? You might question what is the need of doing so, right? Well, when in Saskatchewan you are subjected to all this. No matter how futile it may sound, schools and universities in the province ask students to get dressed up in rainbow colours and lecture them on transgenderism.

What if you come to know your kids are being asked to choose their genders as per their volition? You will be in a huff. Isn’t it? What’s more shocking is that all this is happening without their parent’s consent.

Well, then there’s no need to panic. Because, Saskatchewan is now in a bid to free independent schools in the province from Trudeau’s clutches.

Many of you might see eye to eye, if we say that this wave of liberalism has led to school abuse increasing by leaps and bounds. There’s no denying the fact. So, Saskatchewan’s Education Ministry is now all set to straighten out your concerns. It has welcomed the investigation into school abuse claims.

The inquiry into claims of abuse at three independent schools in Saskatchewan was announced by children’s advocate from the province on Tuesday. The probe has the support of the province’s education minister.

According to Dustin Duncan, the ministry will completely assist Lisa Broda in the course of her inquiry. “We will also be directing independent schools that will be subject to her work that they are to fully cooperate with her work as well,” said Duncan.

“We welcome the work of the office,” said Duncan. “We also have a regulatory role, and we’ve enhanced that role and feel like those are the appropriate steps that we need to take.”

Recently, the minister enacted monitoring measures that gave the government the authority to assign administrators to independent schools, increased the frequency of surprise visits, and permitted the placement of schools on probation. One of the schools, Grace Christian School, had its certificate of registration revoked because it refused to work with its new administrator.

“At this point, I’m comfortable with the steps that the government has taken, that the province has taken,” Duncan said.

“This has already resulted in one of the schools being closed, so we’ve taken significant action. And if we have to, I’m prepared to do more.”

Duncan stated that he will meet with the alleged victims this fall, but his office has not yet set up a time. According to Duncan, his agency has been concentrating on other issues like altering regulations, selecting administrators, and ensuring that children are safe while attending schools right now.

The minister said he believes it’s too soon to say what might come out of the advocate’s investigation. However, come what may, it is sure that Trudeau might be weeping in the corner.

You see, students of this age are more vulnerable to liberal doctrine. And academia is the best tool anybody could ask for and having a knack for such petty tactics, Trudeau has successfully found the right pitch to get into the conservative fortress. Whatever it be, this clearly was an attempt to brainwash the nationalist populace of the institution.

Read More: Saskatchewan minister rips into Trudeau for playing with the lives of Farmers

Ironically, now the liberal poster boy must be on pins and needles. He would have never thought that his Liberal dogma would prove to be easy come, easy go. But Trudeau, it’s high time you acknowledge that people are ready to take you down.