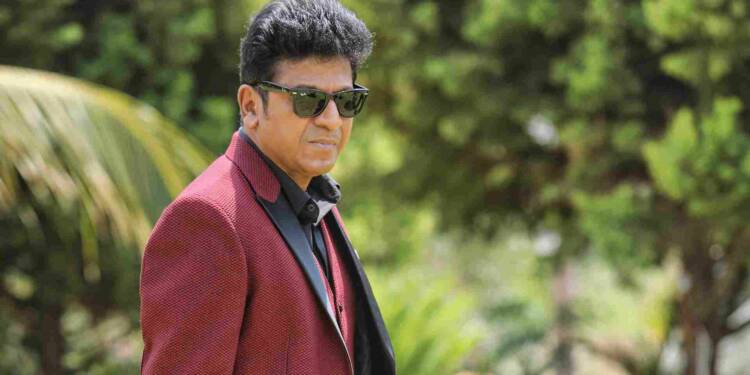 Shivarajkumar is a popular actor known for his Kannada movies and he is also a producer and a television presenter.  He has worked in more than 100 films and has become a role model in Kannada movies. In this article we are going to talk about the biography, career, notable works, films and family of Actor Shivrajkumar so read the article till the end.

He is the son of Smt. Parvatamma Rajkumar and Dr. Rajkumar. The renowned Kannada actor Dr. Rajkumar gained a lot of hearts during his lifetime.

Shivaraj Kumar made his cinematic debut with Singeetham Srinivas Rao’s blockbuster Anand. Rathasapthami and Mana Mechchida Hudugi, his following two films, were both huge successes. Due to the fact that all of his films reached their silver jubilee, he earned the moniker Hat-trick Hero.

Shiva made his acting debut in the 1986 movie Anand. He played a range of parts over the course of his 36-year acting career. Janumada Jodi, Jogi, Anand, Ratha Sapthami, Nammoora Mandara Hoove, Om, and Chigurida Kanasu are some of his most renowned films. His film Sugreeva started a gangster movie trend in Kannada and other Indian film industries. Even now, it is still being exhibited.

Srikanth Srinivasa of the Deccan Herald praised his performance at Bhoomi Thayiya Chochchala Maga in 1998, calling it his greatest movie to date. Srinivasa received accolades for his role in Don as well.

The seven wonders of the world were the locations for his movie Cheluveye Ninne Nodalu.

According to his wife’s affidavit submitted to the Election Commission of India, his total assets are worth 11.5 crores. He charges 5 crores for every movie and has an estimated net worth of 187 crores according to some online sources.

His Instagram handle nimmashivarajkumar has over 200k followers and he is pretty active on the platform. He has posted over 190 times on his account since his joining.

Shiva was born in an elite family in Chennai to actors Rajkumar and Parvathamma.  Shiva attended school in T. Nagar in Chennai before enrolling in classes at the New College.

After finishing his graduation, he joined acting classes under film director K. Balachander. He also acted as a child actor in the film Sri Srinivasa Kalyana.

How many children Shivarajkumar has?

Shivarajkumar with her wife Geetha has two daughters namely Niveditha and Nirupama.

What happened to Shivrajkumar’s daughter?

Nirupama, the eldest daughter of Shivarajkumar, married Dileep at Bangalore Palace. The largest event recently held in Sandalwood was the first wedding of the Dr. Rajkumar family.

For the 11th season of the Indian Premier League, he served as the team’s brand ambassador for Royal Challengers Bangalore.

As soon as the Maruti 800 was introduced in 1983, he was the second Kannada actor to get one.

His successful movie Bhajarangi played in theatres for more than 100 days. He is a trained Kuchipudi dancer.

Producer Raghavendra and actor Puneeth are his brothers.

He has worked in the industry for over three decades.

We hope this biography article of Shivrajkumar will be helpful for you to understand his journey and works.