A black journalist refused to vilify White Canadians, got fired 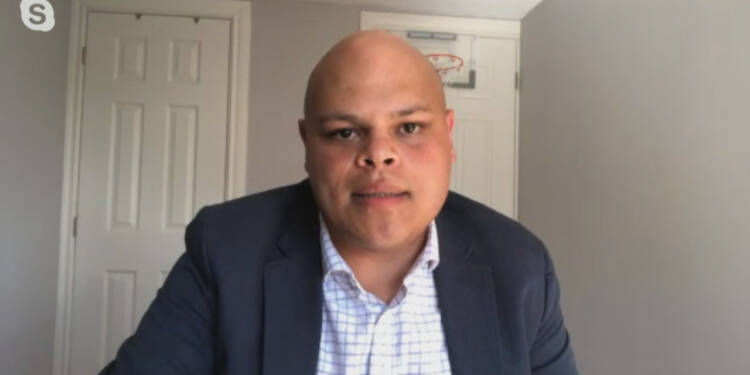 If you are a member of the black community and want to live in peace in Canada under Justin Trudeau’s leadership, you will have to abide by a certain belief and perspective. If your opinions do not fit into the liberal agenda, Canada is not a place for you.

The Canadian prime minister, Justin Trudeau, has been vouching for diversity as Canada’s greatest strength. On different international platforms, he has been putting forward great ideas for a positive and inclusive vision of society.

Read more: Big media is breathing its last in Canada

But definitely, actions speak louder than words. Trudeau and the liberal media in Canada only favour minorities who comply with their stereotypes and support their appeasement politics. Those with conservative views are apparently not worthy of being a minority.

Recently, Bell Media fired Jamil Jivani, a former host of a radio show, for not sharing specific political or social viewpoints on racial identity and for not being “woke” enough.

“Many of you are aware of the events surrounding my termination by Bell Media in January. They must now respond to their prejudice, Jamil Jivani said in a statement posted on his Substack on September 2.

Efforts to spread the woke agenda

The 34-year-old lawyer and novelist from Oshawa, Ontario joined Bell Media as a freelancer in July 2020 to broadcast a program about the Black Lives Matter social movement. Jamil Jivani accepted a contract to host a night show on Bell’s iHeartRadio in September of that same year, stating that he was “eager” to bring on a number of black guests representing a diversity of viewpoints.

Jamil Jivani signed a full-time job contract with Bell Media in January 2021. Bell Media claimed the host was “poised to have a lengthy career with the firm” at the time.

Jivani, however, said that over the following few months, tensions between him and Bell management grew. Jamil Jivani allegedly came under pressure to call Canada racist in the run-up to Canada Day 2021 and “broadcast pre-produced portions that identified Canada by the ugliest parts of the country’s history.”

Jamil Jivani, however, “refused and questioned this bizarre request” from Bell, saying that he didn’t find it “appropriate to attack Canada in the lead up to Canada Day.”

When Jamil Jivani rejected and questioned the request that did not reflect his opinion or his principles, tensions increased once more.

Jivani was undoubtedly used by the media giant as a tool to promote its “woke agenda” and send the message throughout the nation that the black population despises Canada and white Canadians.

Following his termination from Bell, Jamil Jivani published a commentary titled “Even black men can be fired for not being ‘woke’ enough,” in which he said that “Wokeness—a political agenda with a superficial commitment to diversity and inclusion—has become a global ideological movement” and that “big corporations [are] pushing this agenda and punishing those who refuse to comply.”

Jivani has now filed suit against the company, as he claims he was fired because he didn’t “fit a stereotype that Bell thought a member of the Black community should conform to.”

Although Bell Media hired him to increase its reputation for diversity, equity, and inclusion, Jamil Jivani was undoubtedly sacked when he refused to support their ideals.

There is a limit to hypocrisy. Bell Media should be held accountable for its actions. You see, the once flourishing liberal media under Trudeau is now already worried, as their agenda is not working anymore. What they consider their audience is now openly challenging them for advocating incorrect ideals and turning to alternative media sources.

Jivani may have been fired for holding a different opinion, but this will undoubtedly inspire more Jivanis to challenge the agenda that the Trudeau administration is pushing through these big corporations.