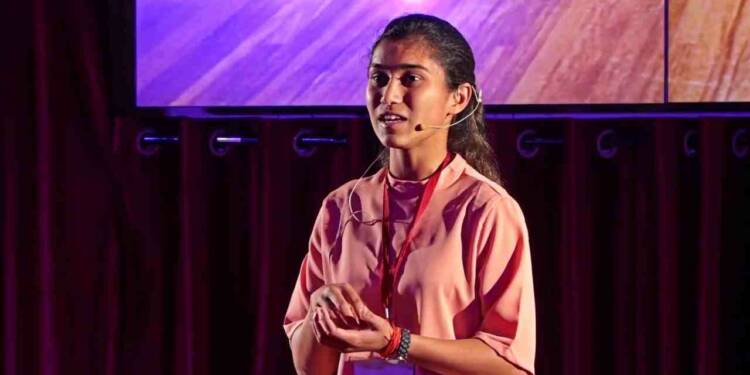 Nuzhat Masih Parween is an Indian cricketer and she plays as a wicket-keeper in Indian woman’s cricket team. In this article we are going to talk about the biography, career, notable works, games and family of Nuzhat Parween so read the article till the end.

Nuzhat Parween is an international cricketer and she played so many games for country, state and clubs this biography article is incomplete without talking about her career. So here you will gain info about her achievements and life story.

In the year 2011 Her journey in cricket started when a women’s team was formed for an inter-district tournament in Singrauli, and the administration did not have enough players to play in that tournament. At that time Nuzhat was invited to play in that team. After that tournament based on her performance, she was given a special place in Madhya Pradesh’s Under-19 Women’s Cricket Team.

Nuzhat Parween plays for Railways in Domestic in Women’s Senior One Day Trophy and Women’s Senior T20 Trophy. She is a multi-talented athlete. She is also is a former football captain of the Madhya Pradesh under-16 football team after that in the year 2011 she joined Singrauli’s district cricket team.

She was born on 5 September 1996 at Singrauli, Madhya Pradesh, India. Nuzhat born to Masih Alam and Nasima Begum. She is third child of her parents between four siblings in which her elder brother Aamir Sohail, elder sister Nemat Parween, younger sister Aasiyah Parween and younger brother Ayan Ashraf Sohail. In her Class 12th, after missing classes due to her cricket practices, she scored 91.8%.

In her domestic cricket she plays for Madhya Pradesh and Central Zone. Currently she is playing for Railways. In her childhood Nuzhat used to play gully cricket with her schoolmates. And her football practices helped her in building stamina and strength in her role as a wicket-keeper.

In the list of his favourite cricketers Mithali Raj, Sarah Taylor, Sachin Tendulkar are there.

Net worth of Nusrat Parween is $5million. Main source of her income is cricket.

How Old she was when Nuzhat Parween started her career?

She was only 16 Years old when she started her career as cricketer.

We hope this biography article of Nuzhat Parween will be helpful for you to understand her journey and works.