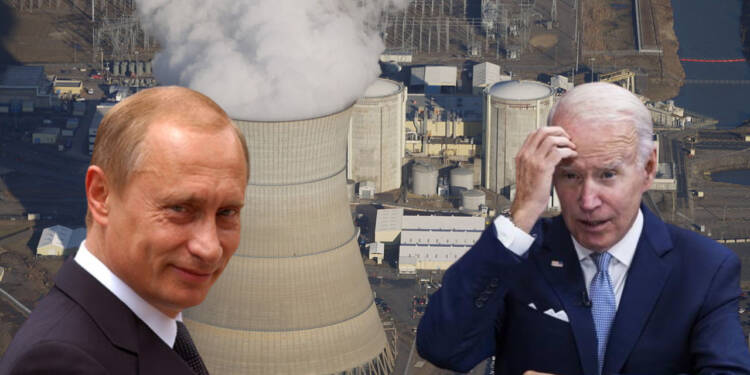 What will happen to U.S. nuclear power in the absence of Russian uranium? The short answer is “no good”. Even before Russia invaded Ukraine, experts predicted that a uranium embargo would force the closure of all American nuclear power plants.

After all, Russia, Kazakhstan, and Uzbekistan supply nearly half of the U.S. energy industry. So, to avoid rising electricity prices, the American nuclear energy industry had asked President Joe Biden in June to not prohibit the import of Russian uranium. As a result, unlike oil, oil products, gas, and coal, uranium imports were not prohibited.

So far, U.S. sanctions have not affected Russian nuclear fuel, but the Americans are “prompted by political risks.”

In March, Nima Ashkebussi, the head of the National Energy Institute, stated that U.S. electric utilities are contracting for the necessary fuel with a global network of enterprises and countries to reduce the risks of a potential supply disruption. According to Ashkebussi, Russia is a significant global supplier of commercial nuclear fuel.

Bloomberg reported, on June 8, that the Department of Energy and U.S. lawmakers planned to spend $4.3 billion to build their own uranium enrichment facilities. According to the agency, there is currently only one company in the United States for commercial uranium enrichment (that is, for the needs of nuclear power plants), it does not belong to Americans, but to the European company URENCO. According to the report, European competitors to Rosatom, Orano, and URENCO can strengthen their positions.

The chosen strategy for eliminating Russian uranium requires congressional approval. Energy officials are concerned that any disruption in uranium supplies will cause commercial nuclear reactors to fail. However, the initiative will create a state buyer in the United States, which may stimulate the domestic market. However, the agency believes it will be difficult for the United States to establish a domestic uranium industry as the country only has one commercial enrichment facility left, a plant in New Mexico owned by Urenco Ltd.

Bloomberg sources note that the U.S. Department of Energy is petrified that due to the conflict between Russia and the West, there may be interruptions in the supply of nuclear fuel for American power plants from the Russian Federation. This suggests that the Ministry does not rule out the possibility of sanctions against Rosatom. It is not just the U.S. sanctions; even the Russians can sanction the United States.

For more than 30 years, the United States has purchased cheap Russian uranium. From 1993 to 2013, they used Russian weapons-grade uranium as fuel under the HEU-LEU contract signed by Boris Yeltsin. Russia destroyed 20,000 nuclear warheads after receiving $17 billion from the Americans. This fuel, packaged for American nuclear power plants by the European company URENCO, met half of the country’s total nuclear fuel requirements. The United States has 96 operational nuclear reactors, but the country lacks isotope separation facilities. Russia is home to nearly half of the world’s uranium separation facilities. They are redundant for Moscow, so a significant portion is oriented toward America.

The United States acknowledges the dangers of such reliance on Russia, and for the past 20 years, there has been a periodic desire to restore its own production. Two years before the current events, the U.S. Department of Energy proposed to the government that nuclear fuel imports from Russia be limited. However, the United States has never commercially used the centrifuge technologies for uranium enrichment that Russia and Europe have. This is because the United States cannot afford to purchase these technologies, they must be stolen or developed from scratch. Today, all they have are Centrus’ experimental laboratory facilities, and rebuilding the industry from the ground up will take at least 5-10 years.

If Russia responds asymmetrically to Western energy sanctions, the U.S. and some European countries could suffer. Even France, where nuclear generation accounts for 70% of the country’s energy balance, may face difficulties. In the current situation, many countries rely on Kazakhstan. Kazakhstan, now, has the most uranium mines in the world. They account for roughly half of global production, along with Uzbekistan. However, everyone is aware of Russia and Kazakhstan’s friendly relations. If Western sanctions are imposed on Rosatom, the state corporation may resort to using Kazakh uranium.

In general, the United States’ attempt to restart its own uranium enrichment for nuclear power plants by reducing purchases of Russian uranium is unlikely to change the global nuclear fuel market’s power balance instantly.

Girish Linganna is the Director ADD Engineering Components (India) Pvt Ltd (An Indo-German Company). He has made a name for himself as an Aerospace and Defence Analyst, published extensively in both the national and international media.