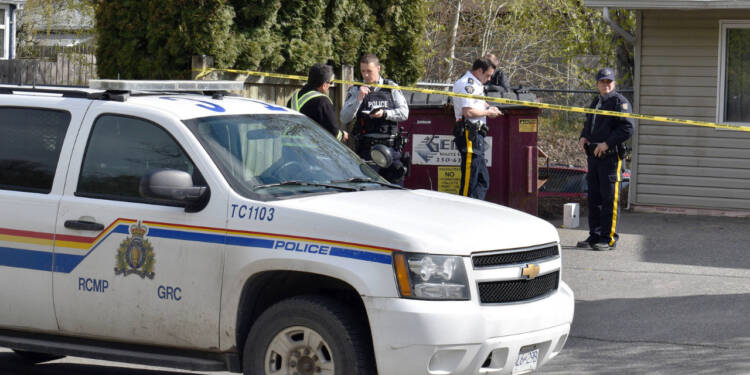 A very sad tragedy rocked the Canadian province of Saskatchewan on Sunday. The mass stabbing, which killed at least 10 and injured more than a dozen, has shaken the entire world. We have all had several questions since the tragedy occurred, but there are no answers yet.

But there is a lot that ordinary Canadians do not know. This incident has now exposed the incompetency of the Canadian federal police and the justice system.

While responding to the tragic incident, the Canadian Prime Minister, Justin Trudeau, said, “Sadly, over these past years, tragedies like these have become all too commonplace.” Well, what else would happen if people with significant criminal records under their names are wandering like free spirits, and the police force in the country is so tight-lipped?

The hunt for the two suspects began early on Sunday after many stabbing allegations. The James Smith Cree Nation and the small town of Weldon are to the northeast of Saskatoon, and the RCMP said that the victims were attacked at 13 different locations.

“We are using every human, an investigational and technological resource we have available to locate and arrest the persons responsible,” the assistant RCMP commissioner in charge of Saskatchewan Rhonda Blackmore said in a statement Monday.

“Hundreds of Saskatchewan RCMP staff are dedicated to this investigation – this includes operators taking 911 calls and tips, to front-line officers patrolling our streets to the on-scene specialized forensic and major crime unit teams.”

However, the perpetrators are still at large. Although one of the suspects, Damien Sanderson, has been found dead, the other suspect and his brother, Myles Sanderson is still absconding. Damien’s body was found near a house in the James Smith Cree Nation, the Saskatchewan Indigenous community where some of the alleged murders took place. The RCMP believes his injuries were not self-inflicted.

But you see, under the mounting pressure, the RCMP instead of investigating and catching the suspect who was on the run, took a much smoother route. Well, this is where the Trudeau-funded media comes into play. It’s easy to convince the countrymen that the two suspects have been charged. But what’s more troubling is that they are still not arrested. Trudeau’s pet media has been shamefully misleading the public with its problematic reporting.

Moreover, the RCMP police force even got late in raising emergency alerts in the province. Sunday seems to have seen a delay in warnings. According to the RCMP’s timing of the stabbings, neighbours weren’t formally forewarned for more than an hour.

Two days have passed, and we still don’t know what motivated the attack. What’s even scarier is that the perpetrator of one of the worst attacks in Canadian history is still out there somewhere!

And if we can bother you more, the man has had 59 criminal convictions. And he was released on parole.The parole officials in a decision dated Feb. 1 found that Myles Sanderson would “not present an undue risk,” and freeing him would “contribute to the protection of society” by facilitating his reintegration.

his parole records recount almost two decades of crime, as well as drug and alcohol abuse, and associations with gang members, pimps and drug dealers. Since turning 18, he has had 59 criminal convictions. But, the board has been satisfied and did not consider him as a risk.

“The Board is satisfied that your risk is manageable in the community if you live with your [blacked out] maintain sobriety and employment, and continue with developing supports, including getting therapy,” the board wrote.

Because the Parole Board of Canada is so ignorant to believe that these suspects do not pose a danger and that releasing them would help them become “law-abiding citizens.”

Meanwhile, the police have confirmed that they’ve been searching for Myles Sanderson since May when he stopped meeting with his assigned caseworker and was classified as “unlawfully at large.”

Clearly, this is a clear mockery of law enforcement and the justice system.

Read More: Alberta kicks Trudeau’s RCMP out of the park

Perhaps, the Albertans were far too right to kick out the RCMP and outline a blueprint to form their own police service instead. The made-in-Alberta police would provide better policing for all regions, including faster response times through the utilisation of small detachments and larger hubs. Well, this is exactly what Saskatchewan needs too.