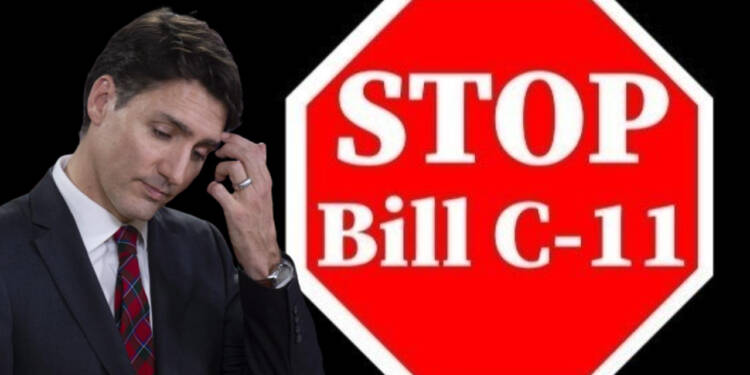 “A nation that is afraid to let its people judge the truth and falsehood in an open market is afraid of its people”- John F. Kennedy

The aforementioned phrase may be brought up while discussing current events in Canada under Prime Minister Justin Trudeau. He recently sponsored a bill called C-11 in an attempt to muzzle the voices of the so-called extremists. It aims to set guidelines for how streaming service providers must handle all online audio-visual content. Trudeau is essentially attempting to exert great control over what people choose to watch and thereby restrain their voices. He is indeed frightened of letting Canadians decide what is true and what falsehood is.

But a recent report called Continuous Qualitative Data Collection Of Canadians’ Views says that such a move is totally unacceptable to the people of Canada.

The declining influence of Trudeau

Nevertheless, the approval rating of Canadian Prime Minister Justin Trudeau is going down day by day. He is losing his traditional youth voter base. The ones in their salad days are ditching the Prime Minister and shifting their liking to the conservative flank.

Trudeau is attempting to hold onto power despite his dropping popularity by either limiting the availability of genuine information or muzzling the voices of those clamouring for their rights. With the Freedom convoy, Trudeau acted in just this way. To silence them and prevent this from further harming his waning popularity, he branded them as extremists.

Additionally, Trudeau is aware of the unifying influence that the internet has. Trudeau is essentially attempting to manage this cyberspace at this time because he can see that there is a significant influx of supporters on the conservative side and that every decision he makes is openly questioned.

Therefore, in an effort to quell the growing unrest directed towards him, Trudeau is attempting to restrict the information that is available online.

As per the report, Netflix has also been directed to prominently feature Canadian content in its list of recommended shows. Legal experts in the country, including distributors like YouTube and Netflix, have raised strong objections against the law, claiming the move may yield “unintended consequences” for free speech.

A recent Survey too finds that most Canadians don’t want the federal government to regulate internet content.

“The federal government should not be responsible for regulating content for Canadian audiences,” said the report called Continuous Qualitative Data Collection Of Canadians’ Views.

“Discussing whether they felt the Government of Canada should play a role in regulating non-user generated content on major digital platforms such as Netflix or Spotify, most participants felt these decisions should primarily be left to the viewer or listener,” said the report.

Nevertheless, by forcing content distributors to show only Canadian content to the Canadian audience, Trudeau is simply looking to capitalize upon the liberal media’s grip over narrative setting power. He wants to provide the Canadian public with content that is strongly influenced by leftist philosophy. Despite this, Trudeau’s political standing has gotten worse over the previous few years. This is what led him to propose such a severe rule to control social media, which is widely seen as one of the most comprehensive attempts to stifle free speech.

But it’s obvious that the Canadian people find this to be wholly unacceptable. There is little question that he will lose his position if he implements this proposal since the youth won’t support a prime minister who restricts their access to information and freedom of choice.