Poland has almost solved its oil woes with Russia’s blessings 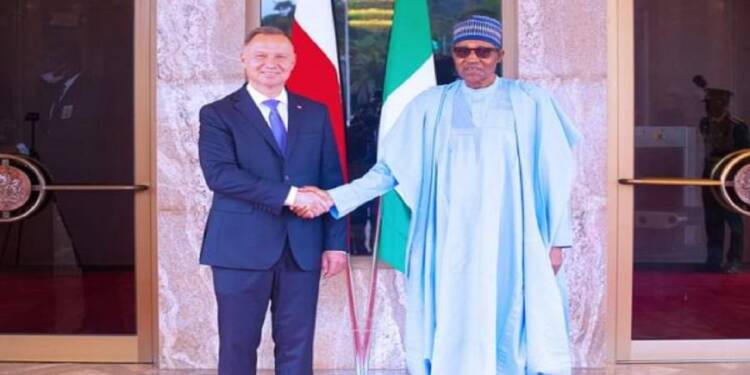 Poland, however, appears to have realised that adhering to the EU plan will in any case not yield favourable results. In reality, Poland has realised that if they don’t quickly figure out how to get the oil supplies back on track, they would suffer. Their survival instincts seem to be at work.

Nevertheless, the war between Russia and Ukraine seems to be never ending. The US is recklessly backing Ukraine in order to attain its goal that is to weaken Russia. But definitely, the US has miscalculated its move as Russia doesn’t seem to give up any time soon. Rather, Russia has been capturing more and more territories of Ukraine and won’t stop acquiring more if need be.

Following the US agenda, the European countries blindly supported the US. And all this led to a major fuel crisis in these nations. Inflation rose to its highest level of all times and civil unrest is being seen in several parts of Ukraine.

But considering Poland, it seems to have taken a complete U-turn. If one remembers correctly, ever since the Ukraine war started, Poland has been among the most hardline supporter of Ukraine. As a matter of fact, Poland was the one that welcomed most of the Ukrainian refugees wholeheartedly.

But as time passed, things between Warsaw and Brussels started to sour. The country began to criticise the EU for a number of things. For instance, Poland began to doubt the word of powerful nations like Germany, which had promised to send Warsaw new tanks and armaments in exchange for the outdated Soviet-era weapons it had delivered to Ukraine. Later, the EU began to exert pressure on Poland by adding stumbling blocks to the distribution of monies designated for Ukrainian refugees and the Pandemic Recovery Fund.

Poland in a counter-offensive decided to deny entry to Ukrainian refugees through its borders. And later Poland opted to rekindle its ties with Hungary which soured after Hungarian Prime Minister Viktor Orban refused to take a clear stance against President Vladimir Putin following Russia’s invasion of Ukraine. The nations are now on the same page since, both despise Brussels, which may be the reason why Poland wants to forge new ties with Hungary.

Its better late than never

Clearly, Poland has realized that taking an anti-Russian stance was never in its favour. Therefore, mending ties with Hungary in order to show a softer stand towards Russia indirectly, it found a wise-man’s move.

Nevertheless, Poland now is about to solve its oil woes with blessings of Russia.

You see, as mentioned above that polish president approached Nigeria for its fuel demands. According to Femi Adesina, a presidential spokesperson, Mr Duda expressed his country’s interest while lauding the delivery of liquefied natural gas to Poland from Nigeria, as well as shipments of crude oil.

‘‘We want to further this cooperation and we want to increase the supplies from Nigeria to Poland and by this way we want to contribute to the development of economic cooperation between the two countries,’’ he said.

But a point worth noting here is that Nigeria is a close ally of Russia. Nigeria and Russia both signed a legal framework agreement last month that would provide for Russia to supply Nigeria with military equipment and training. In fact, Russia is also one the major supplier of petroleum products to Nigeria.

Poland’s approach to Nigeria also makes it plain that it wants to repair its relationship with Russia, which Russia of course welcomes.

But one may wonder why didn’t Russia help Poland by providing it fuel via Hungary? Russia wants to throw an example that anyone seeking closer ties with Russia rather than the EU, would result in Russia opening a Pandora’s Box of opportunities as well as resources for them.

Nonetheless, this leads to a win-win situation for Russia, Poland and of course for Nigeria as well. And therefore, we can say that Poland has almost solved its oil vows with Russia’s blessings.