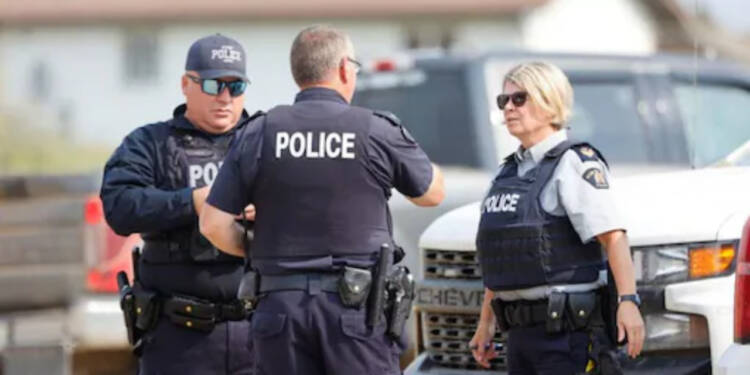 We know how a recent tragedy rocked the Canadian province of Saskatchewan. We know how the RCMP came into action in the prairie province soon after that. But, what we don’t know is a lot more troubling.

The mass stabbing, which killed at least 10 and injured more than a dozen, shook the entire world. But, what if we say the rampage was politically orchestrated? You might be taken aback, right? So, let’s dive into the case and connect the dots.

The weekend stabbing spree that killed 10 people in and around an indigenous reserve got the attention of the ‘ignorant’ RCMP. The police force thought it was late enough but was in a bid to arrest the perpetrators of the spree. which the suspects managed to abscond from the incompetent police force.

Although one of the suspects, Damien Sanderson, was found dead, the other suspect and his brother, Myles Sanderson, was still at large. Damien’s body was found near a house in the James Smith Cree Nation, the Saskatchewan Indigenous community where some of the alleged murders took place. The RCMP believed his injuries were not self-inflicted.

But, what about the second Sanderson, who continued to pose a threat to society? Well, well, well, Trudeau’s RCMP knows exactly how to play its game. You see, when the province was panic-stricken the RCMP, in a bid to showcase its bravado, came up with arresting the other suspect- Myles Sanderson yesterday.

Oh wow! The Canadians especially in the prairies, are proud of you, RCMP. But little do they know about your vicious trap.

You see the RCMP raised alerts in all three prairie provinces namely, Alberta, Saskatchewan and Manitoba. Now, you might wonder why Alberta and Manitoba? Why only the Prairies? Because, obviously, we know the RCMP is losing its clout in the prairies. We know how Alberta is gearing up to bid adieu to the RCMP and establish its own “provincial police force’.

You see, this episode paints a chaotic and frightening picture of Canada and Saskatchewan in this region of the world. People who are unfamiliar with Canadian politics could assume that this region is dangerous and without law and order. Was the RCMP aiming for this? to discredit the region’s prosperous and peaceful reality and present a negative image of it?

Certainly, the RCMP does not want to hear goodbye from Saskatchewan now. So, it had a plan. Orchestrate a rampage, arrest the perpetrators, and win the trust of the provinces. Shameless RCMP risked the lives of tens of people along with injuring more than a dozen just to further its propaganda.

“Myles Sanderson was located and taken into police custody… at approximately 3:30 pm today,” police in Saskatchewan province said. “There is no longer a risk to public safety relating to this investigation.”

Now, some of you might have doubts about this. So, let us make ourselves clear. You see, the RCMP arrested the Sanderson brother yesterday. But, what is more shocking is the death of the suspect soon after the arrest.

According to Royal Canadian Mounted Police Assistant Commissioner Rhonda Blackmore, Myles Sanderson, the suspect in the mass stabbing in Canada, died Wednesday after going into “medical distress” after his arrest.

“Shortly after his arrest, he went into medical distress. Nearby EMS were called to attend the scene and he was transported to a hospital in Saskatoon,” Blackmore said, adding he was pronounced dead at the hospital.

Blackmore added,”I can’t speak to the specific manner of death, that’s going to be part of the autopsy that will be conducted.”

So they denied to speak on the specific manner! The public deserved to hear the suspect’s statements. But, maybe, this could have led to the unravelling of the truth about Trudeau’s corrupt police force.

Not to mention, the same police force which was so ignorant all these years left the Sanderson brothers on parole even when they had 59 criminal convictions under their name.

Their parole records recount almost two decades of crime, as well as drug and alcohol abuse, and associations with gang members, pimps and drug dealers. Since turning 18, he has had 59 criminal convictions. But, the board has been satisfied and did not consider him as a risk.

Read More: Alberta kicks Trudeau’s RCMP out of the park

The parole officials in a decision dated Feb. 1 found that Myles Sanderson would “not present an undue risk,” and freeing him would “contribute to the protection of society” by facilitating his reintegration.

So, how can you expect the RCMP to arrest them now? If Canadians were expecting justice and answers, they were wrong. The reasons for this incident and the sinister truths that lie beneath it will never be revealed. All we can do is pray for the victims and their families. And for accountable and competent police, that ensure that such heinous crimes never take place in the nation again.